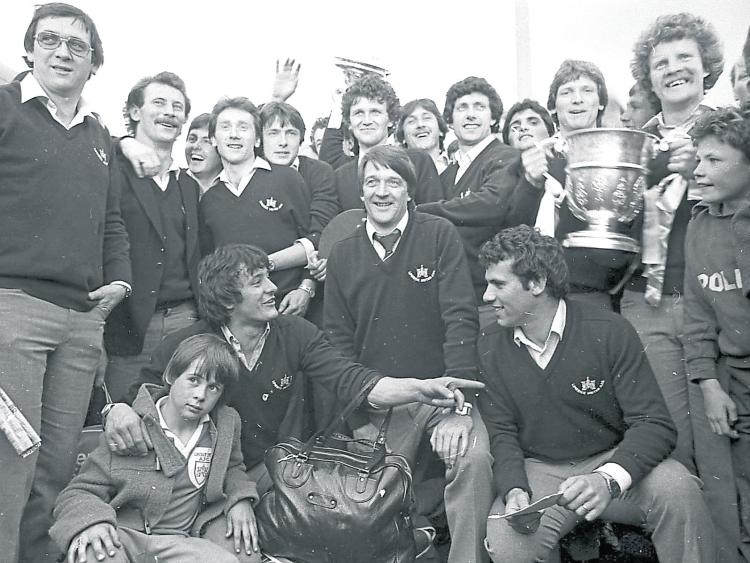 The Limerick United team that won the FAI Cup in 1982, pictured when they arrived home in Limerick 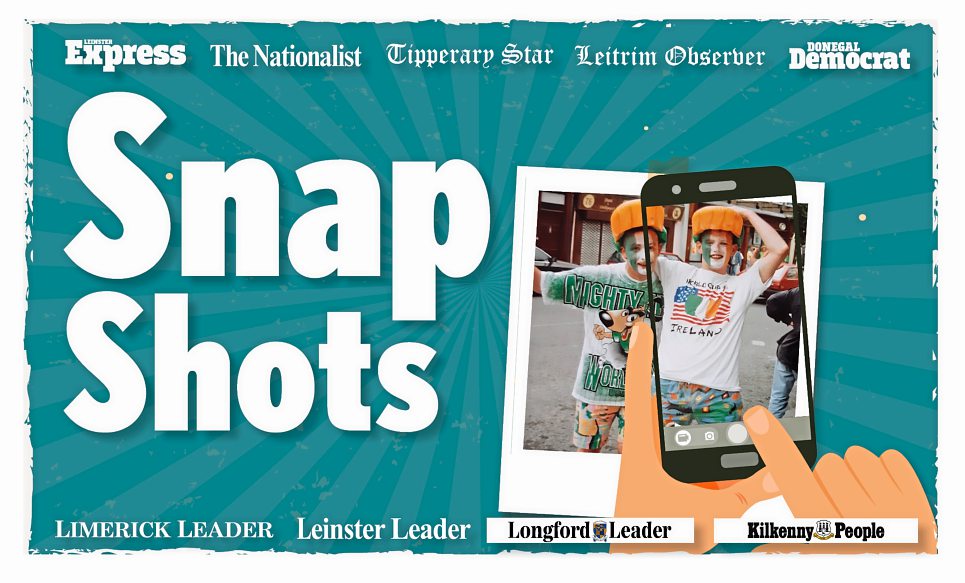 The Leader is running a competition over the coming weeks called Snapshots which invites members of the public to share their favourite photos, be they of family or otherwise, and tell us the story behind the picture.

Email pictures@limerickleader.ie with your favourite photo and a short piece about the story behind it and why it means so much to you.

Keep an eye out for the competition on our social media channels in the coming weeks and get involved. The hidden treasures in your family album could win you a fantastic prize.

Every week we will hold a poll on the favourite pictures and the top two will advance to the final.

To get you started we shared some of our favourite photos from the 1980s and 1990s in this weekend's Limerick Leader and below is the story to accompany the main image in this piece, written by editor Eugene Phelan.

Don't worry, your story doesn't have to be as long as this one! Just a little context to help the public appreciate your snap and why they should vote for it.

HOW sad to see the state of senior soccer in Limerick at the moment.
And sometimes being old is a good thing to recall the glory days of Limerick football.
Even though I have not seen this magnificent photo for 38 years I instantly recognised everyone in it. What entertainment this and other Limerick teams of the 70’s and 80’s gave us.
The photo above is of Limerick United team that won the FAI Cup in 1982, on their arrival home to Limerick.
I hope I have not omitted anyone below when mentioning the names involved in that great team.
From the age of 10 I went to the Markets Field to watch Limerick and they had some fantastic players, real class.
I think Al Finucane will always stand out for me, what a brilliant centre back who was partnered with one of the nicest guys to don a Limerick jersey, the late and great Joe O Mahony.
I still get a great thrill looking at this photo. There are so many legends there who brought so much joy to Limerick football.
On the extreme left of course is the great Eoin Hand who arrived as player manager from Portsmouth for the 1979-80 season. I remember well because, Dave Mahedy not in the photo above, left my own team Mungret to join Limerick as coach, and had them in brilliant shape when Hand arrived and they won the League in Hand's first season in charge.
I remember well travelling with great sports journalist Charlie Mulqueen to Athlone, when Tony Meaney, sadly gone to his eternal reward since 2003, got the penalty to win the match and secure the League title in 1980.
But getting back to the cup win of ‘82, centre half Brendan Storan scored the winner against Bohemians in the final. In goal was the wonderful Kevin Fitzpatrick who played his final game after 22 seasons.
Also in the photo above from left is Des Kennedy, who will always be remembered as the man who scored twice against Real Madrid in the European cup; Pat Nolan, ex Wembley Rovers, a brilliant attacking full back who turned out to be a top class golfer; Tony Morris, who played at least one season with my own club Mungret and turned out to be an incredible goal poacher; holding onto Morris is Tommy Gaynor, who went on to have an amazing career with Nottingham Forest spending five years with the Brian Clough-managed team before joining Millwall: Gary Hulmes, a brilliant winger; the aforementioned Brendan Storan; midfield dynamite Ger Duggan whose son is still playing League of Ireland; Mick McDonnell who was also a talented Gaelic footballer but did not make the team on the day; Jimmy Nodwell, who if memory sets me right came from Cork, Joe O’Mahony with the cup, Kevin Fitzpatrick and one of the most popular members of the team, Mick 'Muckles' O’Donnell, a brilliant keeper, but not quite as good as Fitzpatrick, and of course one of the most instantly recognisable players Tony Ward. I can’t spot the great Johnny Walsh, who like Finucane was capped for the Irish international team, but who played a fine game in the final.

THE POINT THAT WILL BE FOREVER REMEMBERED 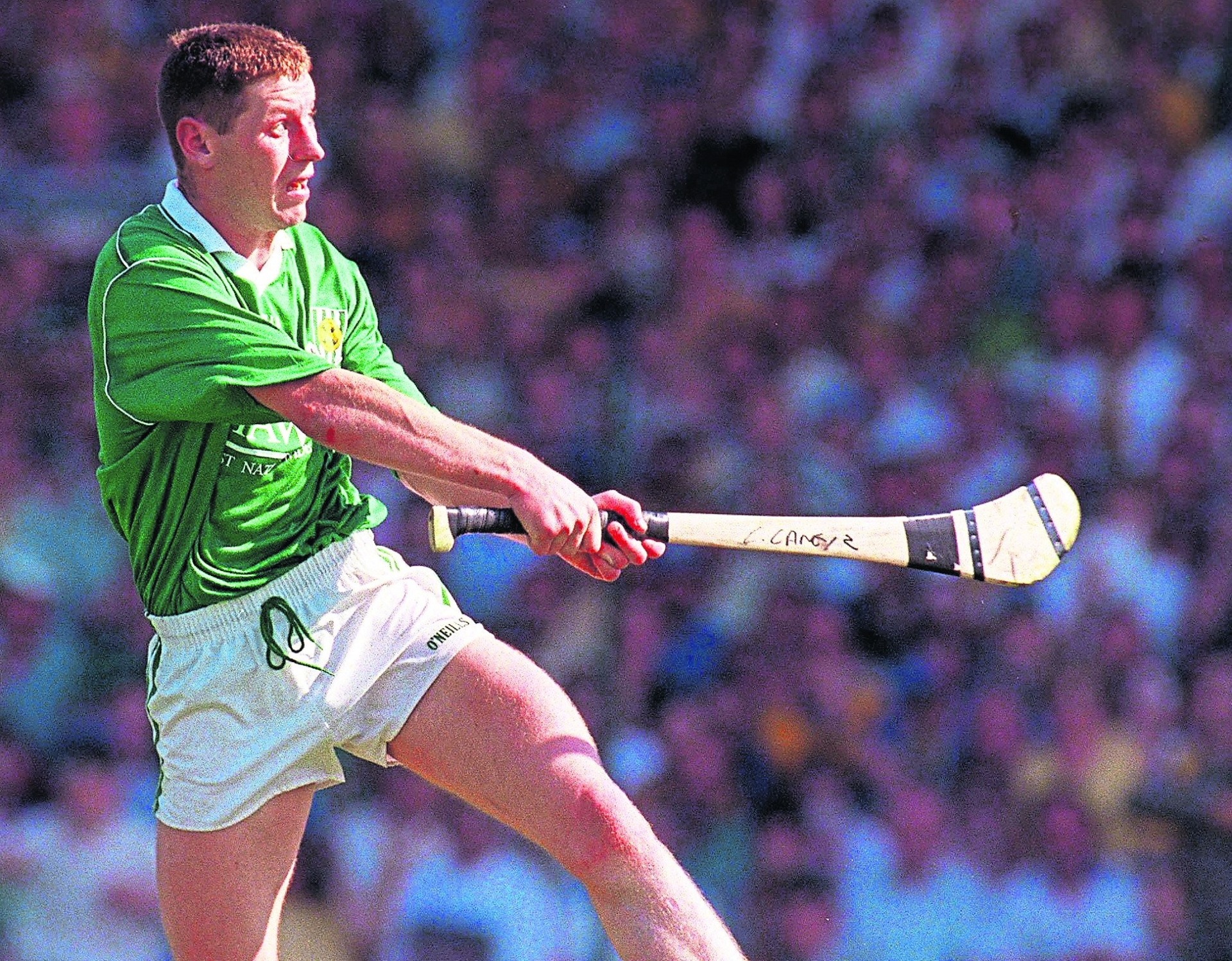 LIMERICK GAA has enjoyed truly great days over the past two years with our hurlers winning all the major trophies on offer in the Championship and League, writes Aine Fitzgerald.
Prior to 2018, our hurlers enjoyed another purple patch in the mid-90s and while not achieving the Holy Grail of hurling - All-Ireland success - they were again days which will live long in the memory.
One of those was June 16, 1996. It was a blistering hot day - we’re talking factor 50 stuff - and a crowd of 43,000 had packed into the Gaelic Grounds, including this writer.
Limerick were up against Clare in the Munster semi-final. Clare were reigning All-Ireland champions. As time edged on neither side were able to take a stranglehold on the game.
With time running out both sides were still deadlocked.
Up stands Captain Carey.
In injury time Ciaran Carey caught a puck-out. The head went down and he ran and ran and ran like a greyhound on Derby final night in Shelbourne Park. He ran a total of 55 yards with the ball balanced on the bas of his hurley before taking a quick look over his shoulder, jinking to one side to lose his marker, running a few more metres and then firing the winning point over the bar. The score drove us fans wild and saw Carey's name etched in the GAA folklore books for an eternity.
I remember that night I was going on a family holiday to Albufeira in Portugal. Instead of hitting the beach when we arrived, the only thing on our minds was getting our hands on some Irish newspapers to read all about the magic point and famous win.

So, dust off that cherished old photo, send us a pic of it and you could win a fab prize!  Send your photos to pictures@limerickleader.ie #Snapshots