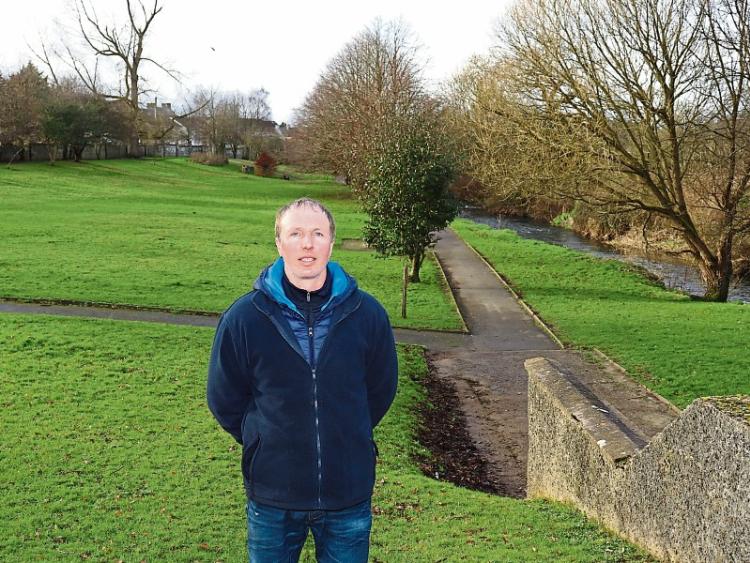 A COUNCILLOR called for horses to be banned from Kilmallock after it was revealed a horse trotted in the back door of gym, a council meeting heard.

Last year, Cllr PJ Carey called on gardai to rein in children as young as six riding sulkies in the town which, he says, is turning into the “Wild West”.

Cllr Carey tabled a question at a Cappamore-Kilmallock municipal district meeting asking can the council investigate ways to prevent the illegal grazing of horses in the People’s Park in Kilmallock, specifically by closing off some entry points to the park.

“Horses are in the park seven days a week. Two duck races on the river have been affected. I met a man who asked me why should he scoop the poop of his dog when the park is covered in horse s**t. They are everywhere in Kilmallock,” said Cllr Carey.

Fellow Kilmallock councillor, Mike Donegan rode in behind Cllr Carey, saying on one occasion “a horse came in the back door of a gym”.

Another time, part of a fence was cut out and horses were let into a memorial wild flower garden, he said.

“We are all frustrated by horses in public areas. We are doing something. We are trying to close off entrances. I’m at it for a long time. We are trying to stop anti-social behaviour,” said Cllr Donegan, who added he would 100% support Cllr Carey asking for a bye-law to ban horses in Kilmallock.

“But will it be enforced?” said Cllr Donegan.

Cllr Carey asked why the council “allows” horses into the People’s Park in Kilmallock  Brendan Kidney, senior executive engineer, said they don’t allow them in.

“Any time it is reported we go down but the minute our back is turned they are put back. We can’t be there 24/7,” said Mr Kidney.

Cllr Carey said: “We may as well resign and let Travellers in here (council chamber) because they are making a laughing stock out of us. We are the councillors.” He added they know who own the horses.

Cllr Ger Mitchell said the owners are already “flouting” the law as horses must be microchipped.

“They should have proper identification and then we can chase down the owners,” said Cllr Mitchell.

Cllr Eddie Ryan brought up the cost to the council of paying for horses to be seized.

“It is €1,000 per horse. It is taxpayers’ money,” said Cllr Ryan, who called for the Department of Agriculture to be involved.

“I would like to be there when horses are picked up, go with them and see the end product,” said Cllr Ryan,

Sean Coughlan, director of service, proposed they invite the experts around the control of horses to come to a municipal meeting and “come up with solutions”. Councillors agreed with the suggestion.

The council’s response to Cllr PJ Carey’s questions on the illegal grazing of horses reads: “The environment section of the council has responsibility for tackling problems associated with the illegal placing of horses on public lands. Housing support services assist should ownership of horses be traced back to the council tenants.

“Discussions have been held with residents in Deebert and Cois Abhann estates regarding the possibility of closing or restrict access points in the vicinity of both and it is hoped that proposals can be developed which will have the support of the majority of residents and elected members.”