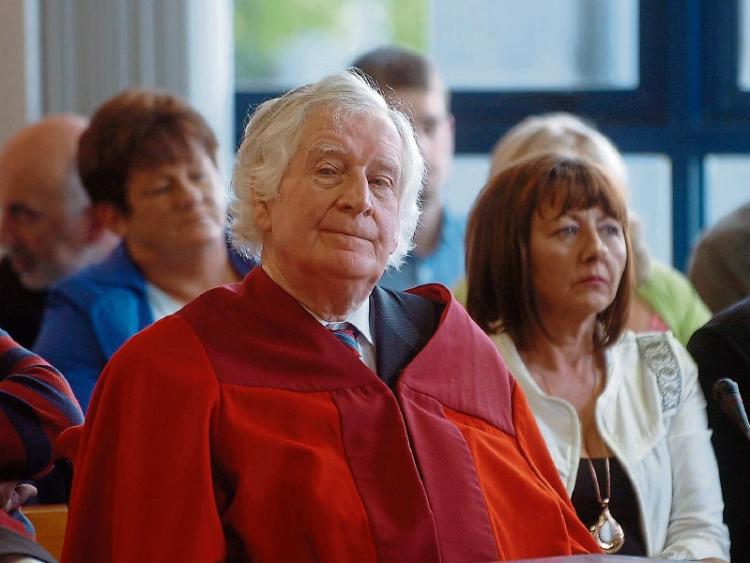 FORMER mayor, senator and Alderman Pat Kennedy, who sadly passed away overnight, has been described by friends and family as a “political colossus”.

Mr Kennedy died at University Hospital Limerick following a short illness, and is expected to be laid to rest later this week.

A councillor in the former ward four district for almost 50 years, Mr Kennedy was initially elected as a representative of the Limerick Ratepayers Association back in 1967.

He later joined Fine Gael, and ended his political career on the Independent benches, stepping down at the 2014 local elections.

Tributes have been paid to the popular southside man, who was a teacher, and a barrister-at-law, and latterly a writer.

Fine Gael’s leader in the metropolitan district, Cllr Daniel Butler said: “Pat had a long and distinguished career in politics in the city. He worked very hard for the people he represented. My thoughts are with his family at this very difficult time, in particular with his son Tom, who I knew very well.”

“I know Pat was well respected in the area among all the communities he represented over the years. He had a very distinguished and colourful career, doing all he could,” he said.

I am sad to say my uncle and former Senator and Mayor of Limerick - Pat Kennedy died this evening. May he rest in peace. pic.twitter.com/q1jwNsGAAL

“He had a long life of public service. I think there were three things that were particularly pleasing for him throughout his career. The biggest ones were the mayoralties, and he was also proud of the fact he was president of the Limerick Chamber of Commerce. I know for certain he enjoyed being in the Senate,” Mr McEnery said, “He was a proud Limerick man.”

He is survived by his wife Loretto, and four children Tom, Loretto junior, Alex and Shane.

Funeral details have yet to be announced.