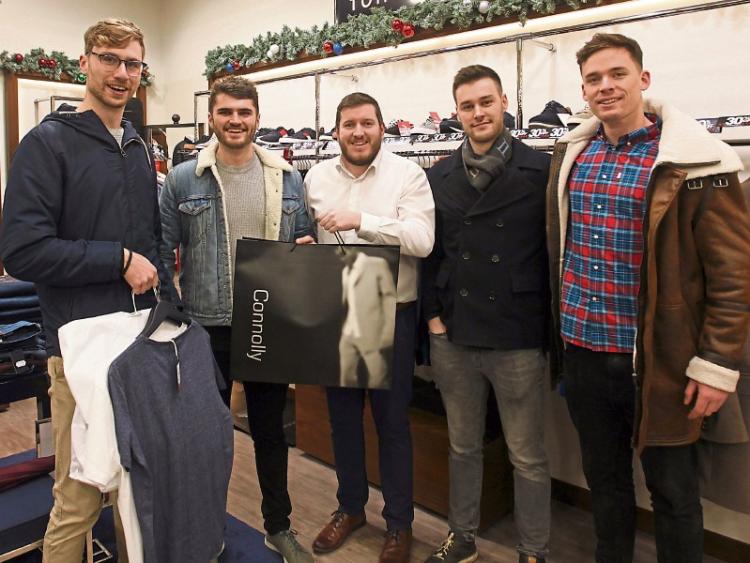 SAVVY Limerick shoppers were out of bed early on St Stephen’s morning to hit the shops and bag themselves a bargain.

Ava Neville from Foynes and Doireann O’Callaghan from Kildimo made the trip into Limerick city especially for the sales. And by 11.30am they were balancing a number of bags.

“I got eyelashes, concealer and mascara and I got bargains on them,” Doireann, 14, explained.

Ava, meanwhile, had bagged herself some last minute presents.

Cathy, Francis, Sadie and Sam Lane from Croom were out and about early to take advantage of the reductions in Brown Thomas.

“We are here around half an hour,” smiled Cathy.

“I got a great bargain - buy one, get the second half price. I’m delighted. I come in for the sales every year.”

Down on Patrick Street the Connolly Man store was buzzing with activity thanks to huge reductions on top brands.

Ian Cleary who was going between manning the til and assisting customers described it as “tipping away nicely”. The doors opened to shoppers at 11am.

“There was a good rush this morning and it has been constant since we opened. Tommy Hilfiger has been good, wool coats have been good and jeans, Tommy and G-Star have all been selling very good. There is up to 30% and 50% off a lot of stock,” Ian explained.

Nevil’s Shoes on O’Connell Street also opened their doors at 11am but people had gathered outside at 10.55am.

“We have 20% off and 50% off some shoes,” said floor manager Helen O’Sullivan. “Boots are the big seller.Flat boots more so than heels.”