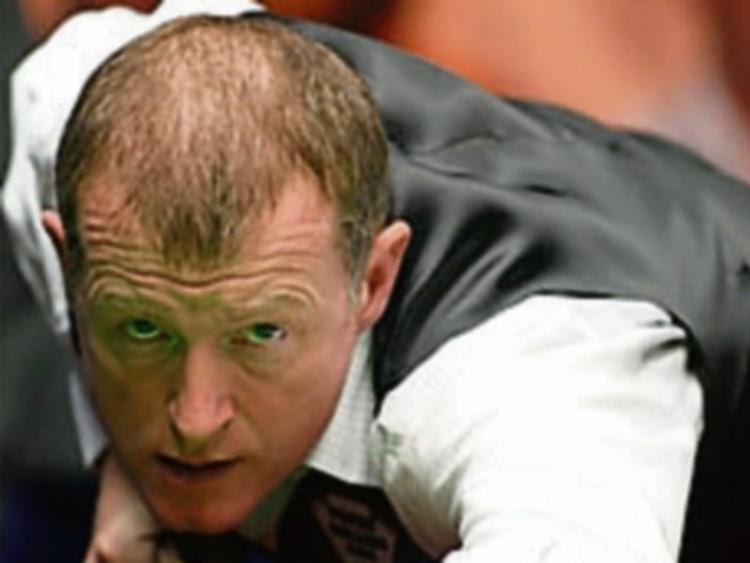 IT’S back to the future for snooker fans in Limerick and a reprise of one of the best ever World Snooker Championships: the match between Steve Davis and Dennis Taylor.

And tickets are now on sale for the event which takes place in Newcastle West on February 18.

“It is certainly going to be a lively and entertaining night,” said Pat O’Donovan, who as chairman of West Limerick Community Radio is organising the event as a fundraiser for the radio.

“A lot of people still remember the championship of 1985 when Taylor beat Davis,” he added. At the time, Steve Davis was reigning world champion and number one in the world while Dennis Taylor, the man from Coalisland in Northern Ireland with the big glasses, was the underdog.”

Taylor trailed 0-8 after the first session but bounced back until they were at level position 17-17. Then, in an incredibly tense final frame, the score was 62-44 to Davis  with only the brown, blue, pink and black still on the table. While Davis needed only the brown, Taylor needed all the colours. He potted a long brown, which he said afterwards was one of his best ever shots under pressure.

A tricky blue and a difficult pink also went in, bringing the frame score to 62–59 to ensure that, for the first time ever, the title would be decided on the black ball. Taylor eventually potted the black after Davis had missed a tricky cut into the top pocket and the world title went to Taylor, a hugely popular winner.

“It is a great achievement for Newcastle West to have these two men playing here,” Mr O’Donovan continued.

“Steve Davis was here last year when he played an exhibition game  against Ken Doherty. He visited the hospital and a nursing home in the town, took photos with fans and was the last to leave the hotel on the night as he was talking to people. He’s a very nice man. Dennis Taylor has a special place in people’s hearts and the duo are the most attractive pairing in snooker.”

Tickets for the event cost €25 but there is a limited number of VIP tickets also on sale which will secure people a pass to a meet and greet with Steve Davis and Dennis Taylor at a special reception. VIP seats will also be located close to the action on the table.

“A ticket or a pair of tickets would make somebody a smashing present for Christmas or for a birthday,” Mr O’Donovan said. Tickets are availabe at the Longcourt House Hotel, at the radio station or Pat O’Donovan’s office in Newcastle West or ticketstop.ie.