Limerick TD defends his use of Dail printing facilities 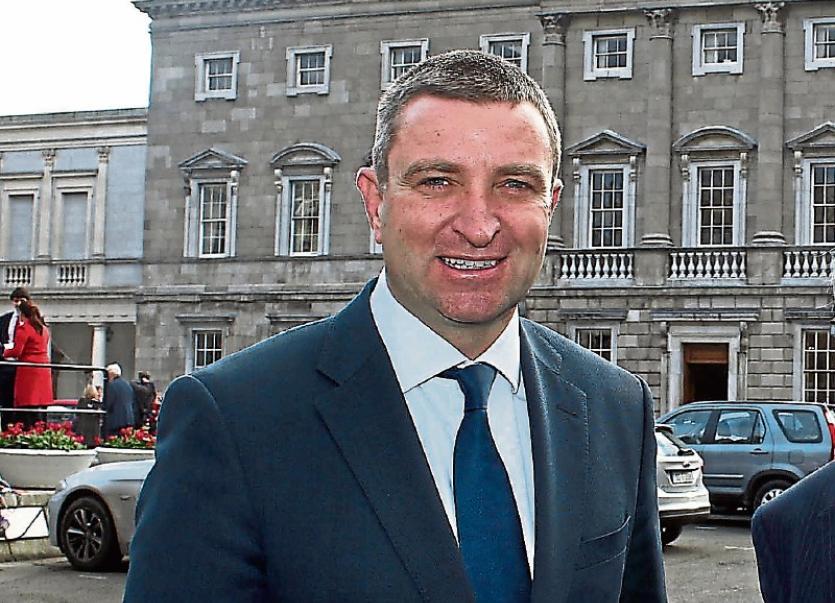 Niall Collins TD: "All TDs and Senators, myself included, avail of the Oireachtas printing service."

DEPUTY Niall Collins has defended his use of the Oireachtas printing facilities after it emerged he had 50,000 personalised calendars printed.

“All TDs and Senators, myself included, avail of the Oireachtas printing service to print personalised stationery, letterheads, compliments slips, cards, leaflets, newsletters, business cards, information booklets, calendars and other similar material which we use to keep in touch with the public,” he told the Limerick Leader this week.

And he said the public were very angry about the debacle of the new Oireachtas printer which is going to cost  taxpayers over €2m.

He described as ‘completely bizarre’ the circumstances which led to the debacle.

“People are very angry about this and rightly so,” he said this week.   “It’s completely unacceptable that such a major public procurement project could be mishandled on so many levels and nobody will be held accountable.

“Recently the Clerk of the Dáil attended before the public accounts committee and has explained the completely bizarre circumstances that has led to a new printer costing nearly €2 million, “ he continued.

The original business case for buying the new printer, put forward in 2017, was that it would cost €1.5 million but it now transpires the total cost will be €2,020,143, which includes some €221,325 in building costs because the ceiling of the printer room was too low.

In his original report at the end of November, Clerk of the Dáil Peter Finnegan concluded that the requirements in relation to  “head height” for the new printer were neither “understood nor examined at the critical early stages of the project”.

But more recently he acknowledged to the Public Accounts Committee that there was “absolutely no denying that a series of mistakes were made”. But he was satisfied these were “honest mistakes” that arose from human error and he believes the business case for buying the printer was “still sound”.

The new printer is not yet operational but it has since transpired, according to a report in thejournal.ie that a printing contract worth  €2m was awarded to an outside printer.

“All decisions on equipment purchase are taken by the Oireachtas Commission,” Deputy Collins explained.  “This is a body of people overseeing the running of the Oireachtas made up of a representative from each of the political parties and independent groupings and including the Clerk of the Dáil.”

WATCH: TD apologises to the people of Limerick over voting controversy in Dail Éireann