Aladdin promises to be the best panto yet as the show goes on...at UCH 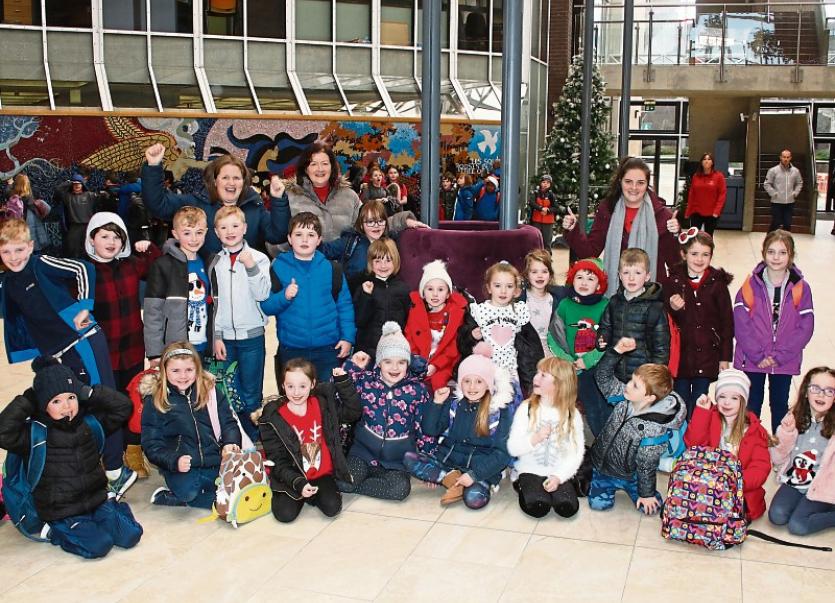 NOW running for its eighth consecutive year, the Limerick Panto has become so ingrained in Limerick’s Christmas traditions, it is nearly impossible to imagine the festive period without it.

However, the show has become anything but repetitive, and star Richard Lynch says that this year’s rendition of Aladdin is set to be the best one yet.

“It’s going to be amazing! Really, it is. It is going to be the best show we have ever done. This year, it has been really really fun. I am back once again, performing with my sister Myles, which always a laugh,” said Richard.

Are we ready? Oh yes we are!!! #UCHPanto #3Wishes pic.twitter.com/GMTWkUiUDx

The Panto takes place at the University Concert Hall from now until Sunday, January 5, and will feature over 30 shows.

“The Panto is always very funny, and we always add in reflections of what is going on in current pop culture. So you will see that in it too,” he added.

Richard will return this year as (The Emperor), and will be joined by Johnny Ward, Fair City favourite and grand finalist of RTÉ’s 2019 Dancing with the Stars. Johnny will take on the role of the baddie, Abanazer.

Joining Johnny and Richard on stage will be the returning favourite Richie Hayes (Wishy-Washy), singer, actor and star of the 2017 Mrs Browns’ Boys Christmas Special, together with Dayl Cronin (Aladdin), Dancing with the Stars 2017 semi-finalist and former member of Irish boyband Hometown. Also returning to this year’s cast will be comedian Tom O’Mahony (Garda Pong), Myles Breen (Widow Twankey), Hayley-Jo Murphy (Jasmine) and introducing Rachel O’Connell as the Genie!

“Our writer, Erica Delaney, she is terrific. The director is Debbie Kiernan is brilliant too! Myself Myles and Richie, we have been here since the beginning. The show is selling like hotcakes. It has become a mainstay of Limerick culture.

“It is one of the best, if not the pantomime in the country. It is really great to be involved with something so impressive.”

This year’s show will also feature a “sensory-friendly” performance, along with an Irish Sign Language Interpreter, on Friday, January 3 at 2pm.

Speaking at the launch earlier this year, University Concert Hall board member Lorcan Murray was on hand to share in the excitement.

“We are here to launch the hottest ticket in town, and of course they are flying out. Why? Because it is now the 8th Panto in a row at the University Concert Hall. It all started eight years ago with Cinderella. At the time it was a big risk, we were all wondering whether it would go, would it not. But today, at the launch, speaks for itself, it's been a really great success,” said Mr Murray.

“We are looking forward to it. Particularly with all the cast, a very professional cast. We have stars from Strictly Come Dancing, Fair City, Love Hate and of course our own Myles Breen and Richard Lynch.

“It's a great day for family, friends, and of course work colleagues as well. An important thing to mention is the sensory show, which will bring families who may have extra challenges and bring them all in together as a family.”