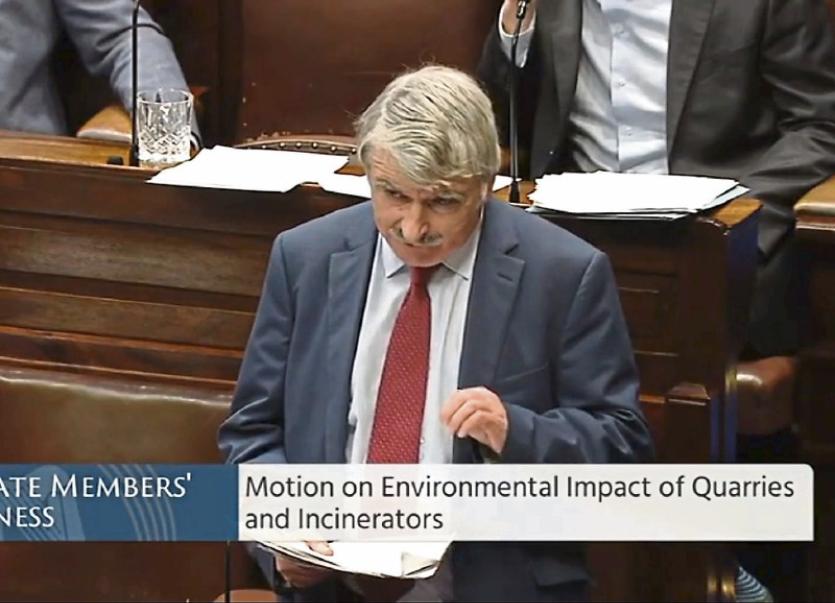 Deputy Willie O'Dea: "current government policy regarding incineration is bonkers and needs to be reviewed"

THE government has been urged to accept a Dail motion calling on it to recognise the considerable public concern in Limerick over Irish Cement’s plans to burn alternative fuels at its facility in Mungret.

The motion, which was tabled by Fianna Fail TD Willie O’Dea was passed following a lengthy debate.

Deputy O’Dea said current government policy regarding incineration is “bonkers” and needs to be reviewed.

“Incineration has a devastating impact on public health. Incinerators generate a toxic ash which is poorly handled, toxic air emissions which are poorly monitored and nanoparticles which are not effectively captured by air pollution control devices, travel incredibly long distances and penetrate deep into the lungs.

“As a direct result of the State's policy on incineration, we have a very serious issue in my constituency,” he said.

“I was appalled when the Environmental Protection Agency awarded Irish Cement a licence to burn tyres and other rubbish at its factory in Mungret. This area is surrounded by homes, sports fields and other community facilities. It is a rapidly growing area in which a great number of houses are under construction. Local people, businesses, and public representatives do not want this. People in Limerick are pretty unanimous in opposing it,” he said.

Deputy Jan O’Sullivan, who lives in the Corbally area, said she was supporting her constituency colleague’s motion.

“Across party lines, we all wish to express our concerns, particularly about the lack of confidence that the terms of this licence will be properly monitored if it is granted. The effects of such a development on health and on air quality are unknowable. This is a cause of serious concern to people in the immediate area and, because of the prevailing winds and effects on the atmosphere, the wider region,” she stated.

Responding to the motion, Deputy Sean Canney, Minister of State at the Department of Communications, Climate Action and Environment, said it would not be appropriate for him or his line minister, Richard Bruton, to comment or interfere in any way in the licensing of Irish Cement.