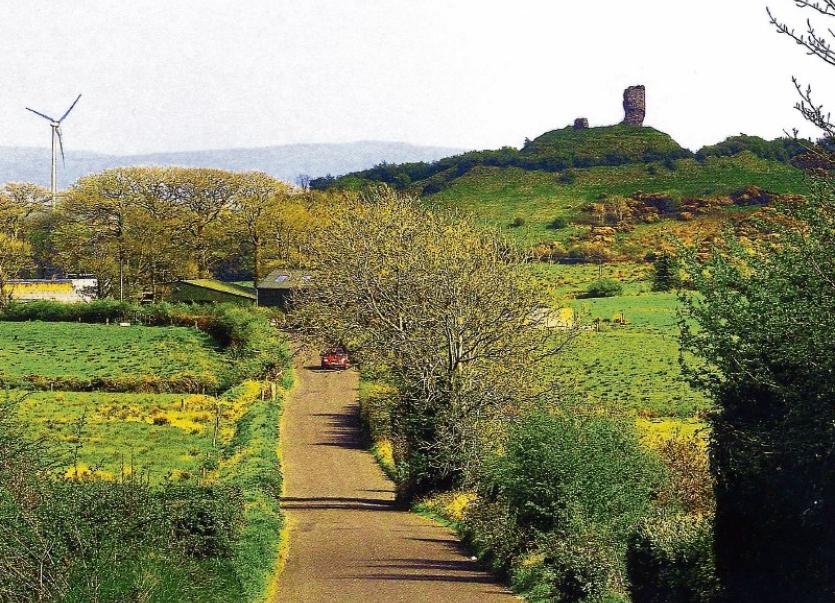 Shanid Castle, the early stronghold of the Knights of Glin which was burnt in 1641. It is on the Ardagh road outside Shanagolden

IT is a long way from the massacre in Tiananmen Square to the back roads of Limerick, Clare and Tipperary.

But it is these roads that have fascinated Killaloe-based journalist and author, David Rice who has just completed a book The Little Roads of Ireland...where they might lead to and what you might find there.

A native of Northern Ireland, Rice has led a fascinating life working as a journalist on three continents.

He has been a Dominican friar and in 1989 was invited to Beijing to train journalists on behalf of Xin Hua, the Chinese government news agency.

He was in Beijing during the dreadful massacre in Tiananmen Square and later returned to secretly interview 400 of the young people who survived the incident.

He then endured “the unfortunate attention of the Chinese security police.”

He later penned a novel Song of Tiananmen Square and his photos from the protest The Dragon’s Brood were also published.

After all this he settled down to a more relaxed career working in UL as a lecturer teaching writing skills and imparting his knowledge of working in various roles around the world.

He is a very keen photographer and his latest book has reams of photos from the back roads of Ireland. “They are quite simply the roads to God-knows-where, and many of them have been there since prehistoric times. But it’s where they can lead you is the magic. These little roads wind among the hills, up and down the dales, taking you to places where few tourists ever venture,” the author explains.

And if there is to be a criticism of the book, it is that they probably have too many photos cramped into the pages, but they are delightful, with plenty from the Limerick area including a very atmospheric one of Galbally and the road to the Galtees.

There are a number of other local shots including one of Shanid Castle, outside Shanagolden, which was burnt back in 1641.

Flooding in Castleconnell and numerous shots of dogs, horses, sheep and other animals abound.

The foreword has been written by renowned Limerick artist Thomas Ryan, RHA. “I know,” says Ryan, “of no other collection, so particularised. Perhaps the tourist promoters will realise the usefulness of the book as a unique revelation of this other Ireland”.

If anything, this book, will help the people of Ireland to appreciate the beauty of the hidden Ireland, something we often take for granted.