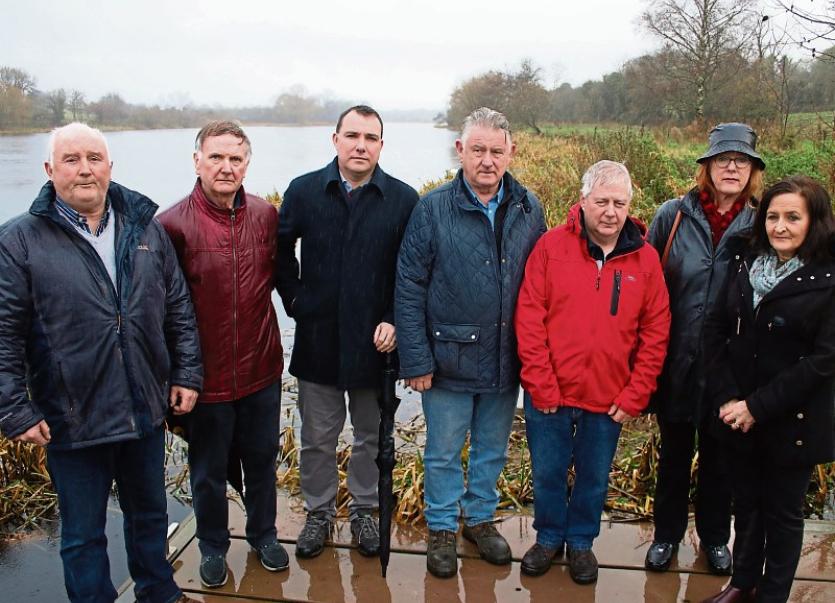 LIMERICK Council is planning to build 12 new homes near a small patch of land which flooded 10 years ago this week.

The local authority is seeking to put the new social houses alongside the 16 existing units in Brookhaven, Montpelier.

And, in a move which has enraged residents, little to no new infrastructure is proposed for sewage, despite an independent report saying the current system is “not fit for purpose”.

The residents now fear a repeat of the flooding which engulfed homes in the area in November 2009, should this proposal get the go-ahead.

In proposals described as “bizarre” by metropolitan district leader James Collins, the council is seeking permission to construct the houses on a field right next to the River Shannon.

The existing houses are served by a 41-year-old tank, which already pumps waste water into a part of the Shannon, where rowing clubs, and swimmers go regularly.

In summer, locals complain of a foul odour emanating from the tank, while in winter they are left in fear of flooding.

Now, these proposed new homes have brought the matter to a head.

One resident Pat Moloney said: “The tank here is just about borderline enough to deal with the 16 houses that are here. It's just about adequate. But it’s in no way adequate to take in new houses. It was set up as septic. But between the flooding, we had serious issues, as a valve was meant to stop the river coming up to us did not work.”

He said the residents have “no issue” with the new houses coming in - but only once new infrastructure is in place.

“We'd only be delighted to see them go in. But we are very concerned that tank, according to a licence issued in 2012, is at capacity. I cannot understand how Irish Water gave Limerick Council permission to tap in 12 new houses,” he said.

As a result of their concerns, the residents engaged Dr Eugene Bolton, of Trinity Green environmental consultants to carry out a report in the area.

He said it is “incomprehensible” that any type of treatment plant, septic tank or holding tank be located in this area.

“There should be major concerns about discharging [waste] into a river immediately upgradient of the boat mooring point. This boat mooring point is less than 100m downstream of the discharge point and is used by the Dragon Boat project where cancer patients and women in remission board the boats.

“It’s possible that some users of this facility may not be in good health and should not be exposed to contaminated waters,” the report states.

Dr Bolton warned under the council's proposal, the level of pollution “will more than double”.

The existing plant, he added, is “not fit for purpose”.

“"It's a risk to public health and a source of environmental pollution,” he said.

Despite this, there are fears council will try and push ahead with this plan. However, since it’s a public project, local councillors will be able to veto the proposal.

Cllr Collins is urging them to do just this.

“At the end of the day, even if Limerick Council don’t go ahead with this plan, something has to be done with the tank. I would hope our public representatives will come together, engage with Irish Water and get the system upgraded,” he said.

Cllr Collins added: “For council to put a plan in place to build new houses, which are badly needed, but not to have adequate infrastructure in place without polluting the local environment is unacceptable.”

He said this, and some of the council’s other ideas for areas to build social housing are “bizarre”.

“If a private developer came in with a planning application like what the council is proposing themselves, they probably wouldn't get in the door,” he added.

In response, a spokesperson for the local authority stressed the area for the houses is not in a “flood zone”.

“As part of the overall development, specific works have been included that will alleviate the current flooding issue experienced by residents at Brookhaven. These works include the installation of a water catchment system at the entrance to Brookhaven and two permanent storm water pumps to protect both the existing houses and the access road,” they said.

They confirmed Irish Water has been requested to upgrade the existing sewerage system.

“Discussions with Irish Water will continue throughout the progress of this housing development,” the spokesperson added.