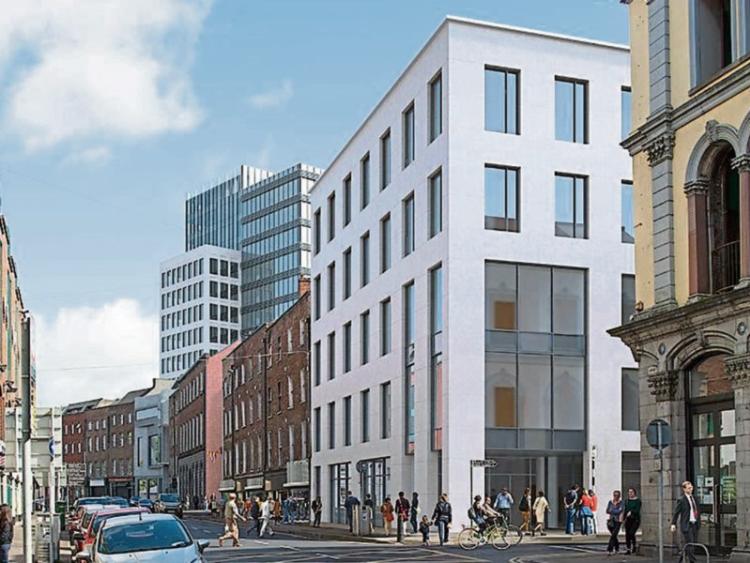 A planner from the team responsible for the design of Project Opera has defended the lack of housing in the scheme, saying that including an apart-hotel gives the Council more “bang for its buck”.

Gavin Lawlor of Tom Phillips and Associates which designed the latest proposals for the project, said that by providing an apart-hotel for short-term lets, they would free up the city’s housing market for “families and longer term stays”.

The latter part of an An Bord Pleanala oral hearing at the Strand Hotel into the €180m project was dominated by questions over the small number of homes in the scheme – just 16 permanent apartments and a 90-room apart hotel, which planner Mr Lawlor insisted would have the emphasis on “apart” rather than “hotel”.

Initially, plans for Project Opera, a mixed-use scheme behind Patrick Street which will see offices, restaurants and a new city library, were to have no accommodation element.

But the designers returned to provide a small number, and the apart-hotel.

All this comes against the backdrop of money being given to council for the purchase of the Opera Centre back in 2011 on the basis of housing – with early plans revealed by this newspaper last year showing 161 apartments were initially planned.

Labour TD Jan O’Sullivan, who was a junior Housing Minister at the time told an oral hearing into Project Opera this Wednesday: “It was my clear understanding and the understanding of department officials that housing, specifically affordable apartments would be a significant element in the development of the site, along with other commercial and civic uses.”

She pointed out Limerick Council, as a public authority, has a duty to tackle the housing crisis, with over 2,000 people on the housing waiting list.

“Just because Project Opera is to be business-led, it does not obviate the need for housing,” she added.

Ms O’Sullivan said she does not recognise an apart-hotel as residential development.

But in response to a question from architect Peter Carroll, Mr Lawlor said: “We know a lot of corporate lets going on in the apartment fabric in the city centre, whereby landlords provide their homes to a company and let it to the likes of people coming into Limerick for a month’s stay or so.

“That housing is lost from the housing stock. We feel we get a much better bang for buck around release of housing by providing an apart-hotel which is what these people want and need.”

He said even if the apart-hotel was turned into apartments, it would bring just 40 new living spaces or so.

There were lots of concerns from people making observations at day two of the hearing, before Inspector Pauline Fitzpatrick, on the size of the landmark building at the centre of Project Opera, which would tower up 15 storeys.

Leading city architect Hugh Murray said: “As a Limerick man and as an architect of urban design, I feel duty bound to try my level best to convince the board that the landmark office building would be a grave mistake that we would regret for generations to come.”

Solicitor Michelle Hayes of An Taisce Limerick said the block is “visually intrusive, dominant and disrupts the landscape”.

However, Mr Lawlor said any “negative submissions” on the 14-storey tower “seem to ignore the prevailing policy in support of such sites in a city centre location”.

The oral hearing ended this Wednesday night. At present, a decision date on Project Opera is set for late January. However that date could be moved out.