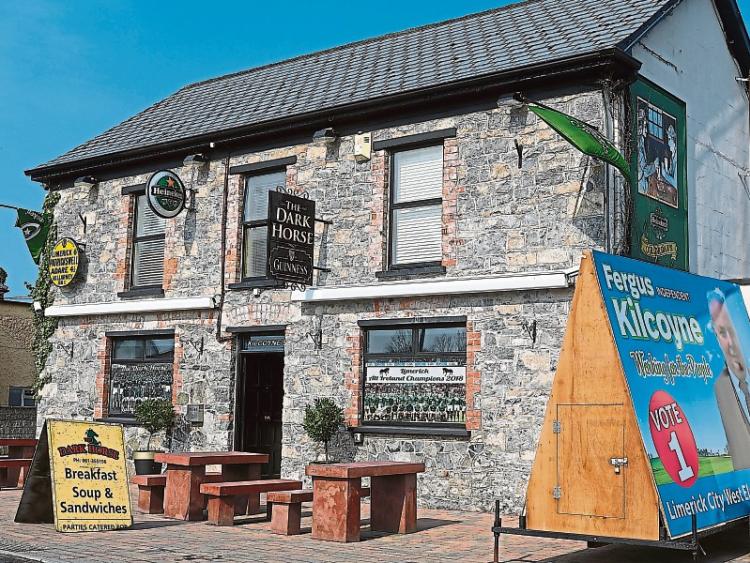 A PUBLICAN who discriminated against two brothers because of their family name has been ordered to invite them into his pub and to offer them free pints.

Martin Harty (22) and Danny Harty (21) - both of Lisheen Park, Patrickswell - initiated proceedings, under the Equal Status Act, against Giselle Taverns Ltd which operates the Dark Horse pub in the village.

During a hearing at Newcastle West Court, Judge Mary Larkin was told the publican – Cllr Fergus Kilcoyne – was in the pub when the brothers entered the premises at around midday on October 10, 2018.

Martin Harty told the court when he approached the counter and asked for a pint of Heineken, Mr Kilcoyne “just said no” and refused to engage with him or explain why he was not being served.

Danny Harty insisted he and his brother were regular customers in the pub, had been served there before and had never caused trouble in the premises.

He told his solicitor Andrew D’Arcy that there was “no conversation” between his brother and Mr Kilcoyne during the ten minutes they were in the pub.

While it was accepted that Martin Harty video recorded the publican on his smartphone, there was a dispute as to when he started recording.

The brothers insisted the phone was only produced and turned on after they were refused alcohol while Mr Kilcoyne said they were recording “from the moment they came in the door”.

He told his solicitor John Cussen that he felt intimidated by the actions of the brothers and contacted gardai who attended the pub a short time later.

“They came in the front door, one had the phone up and said ‘we are videoing you, we are asking you for two pints’ - I ignored them,” he said.

Mr Kilcoyne told the court there have been a number of violent incidents in recent years linked to what was described as a feud involving members of the extended Harty family. He said publicans in Patrickswell have taken a stance of “not serving them until it dies down”.

Read also: Woman under pressure from Limerick criminals to store firearm at home

Both Martin Harty and Danny Harty denied involvement in any feud insisting there was no reason for Mr Kilcoyne not to serve them when they entered the pub.

Garda Michael O’Connor confirmed he attended the Dark Horse shortly before 1pm on October 10, 2018 and that he advised the two brothers to leave the premises and to contact their solicitor if they felt aggrieved.

Being questioned by Mr Cussen, he confirmed there have been “a series of incidents involving members of the Harty family and their in-laws” which are currently under investigation.

He said there are “ongoing issues in the village” and that a number of matters are currently before the courts.

Describing what happened as unfortunate, Judge Larkin said she did not believe it is sufficient for a publican “to just say no” when refusing to sell alcohol to a customer.

“They are entitled to know why,” she said, adding she was satisfied Mr Kilcoyne had decided not to serve the brothers  because they were members of the Harty family.

The judge said both men should be entitled to go into the pub and to be served in the future.

She added it should be “made known to them” that they are welcome and she directed that they be invited in and offered a free pint of Heineken as reparation.

Mr Kilcoyne was also ordered to pay the legal costs of Martin Harty and Danny Harty.