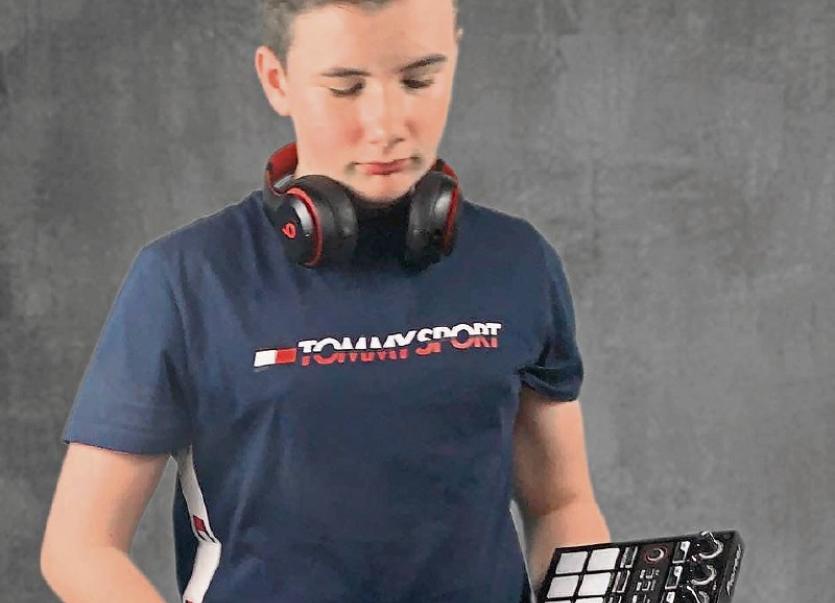 Most school children have dreamed of being a famous musician at one point. Now, 15-year-old Limerick City native Lee James is on his way to living that dream.

The Limerick City native was signed to UK’s Open House Records in October.

Ruben, a representative for Open House Records, told The Leader “I see the potential in him from when he sent in the demo that he can grow and become a talented producer, which he has already shown at a young age.”

Speaking to the Leader, James said he knew early on he wanted to be a DJ.

“From a young age I was always fascinated with music. At family events, I would always go up and stand with the DJ and help him out; from there, I learned the basics.

“Immediately, I knew that I wanted to be a DJ, so for my 11th birthday I got my first DJ controller which was a Numark mix-track pro 2, (a beginner DJ controller) and I used a software called Serato DJ.”

From there, a career in music beckoned, but it hasn’t come without hard work and graft.

James admits it was “a struggle” starting out, and he’s been teaching himself basic music theory, and still attends school full-time.

James is a third-year student at St. Clements College.

“Whenever I had free time, I would practice and practice my music production skills.”

“I struggled at the start and only started making music which I deemed good enough to be released over the summer.”

The wunderkind says he’s “focusing on school for now” but he practices and DJs “whenever I can”.

To keep his skills sharp and hone his craft further, James has been teaching himself the piano and the guitar to give himself a grounding in basic musical theory.

“It helps with building chords and song structure,” he explains.

James is still a budding apprentice of music, and cites Dublin-based DJ John Gibbons as his main influence, and said he would “love to collaborate with him down the line”.

The aspiring chart-topper is aiming big: “I am going to be pushing to play teenage events such as discos, and five years down the line I would love to be playing places like Ibiza.”

James’ forthcoming release Giving Up On Love will be released in early 2020 via Open House Records.