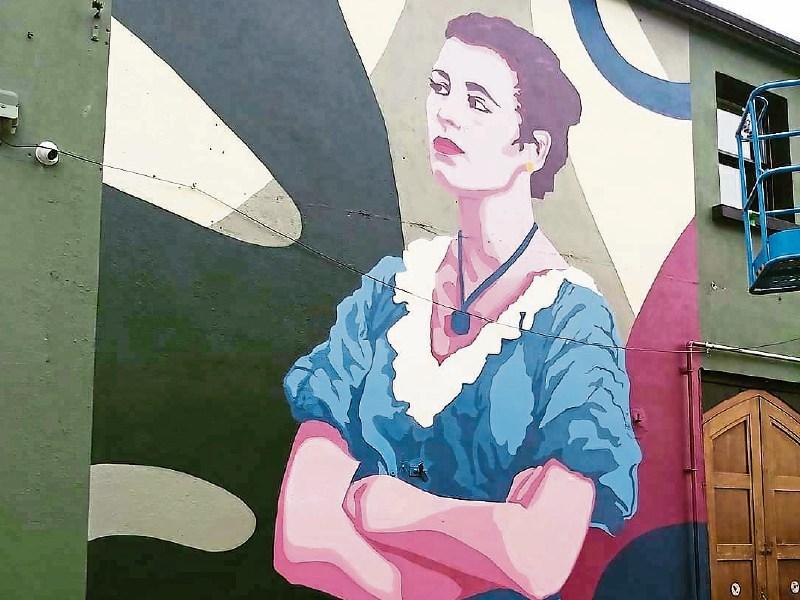 LIMERICK’s latest series of street art is focusing on the city’s prominent female figures from the past.

Limerick-based design company Draw Out is leading in the creation of the pieces, with a mural located on Nicholas Street of Limerick actress Constance Smith being the first of the series.

Completed last week, the mural pays homage to the actress, who was born in 1929 on Wolfe Tone Street, and died in 2003 after a star-studded life in the film industry.

Constance was first noticed by the big movie studios in 1950 after playing an Irish maid in The Mudlark, and was most active during the following decade, appearing in Hollywood features such as Man in the Attic in 1953.

In addition to her movie roles, Constance also appeared as a presenter for the Academy Awards ceremony in 1952.

Katherine O’Halloran of Draw Out said: “It really was about featuring women and looking at women throughout Limerick’s history, and those who contributed to the city in any meaningful way.

“That was the point of reference for the artists, and they were asked to interpret that any way they wanted to – whether it was abstract or in any other style.”

Draw Out received funding under the Limerick Arts Office’s Festival and Events Scheme.

The next mural in the series, which is near completion, is a piece dedicated to the late Dolores O’Riordan, The Cranberries frontwoman and county Limerick native.

The new mural opposite King John’s Castle will replace the Eye Scream mural, which was painted by Smug; an internationally renowned street artist based in Glasgow.

Eye Scream was delivered as part of the 2014 National City of Culture year of celebrations, and was vandalised on numerous occasions.

Sheila Deegan, Limerick Culture and Arts Officer said: “It’s still very raw for her family, but they are pleased the council has put together the music bursary, and they don’t mind Dolores being honoured as long as it’s in a dignified way – which this is.”