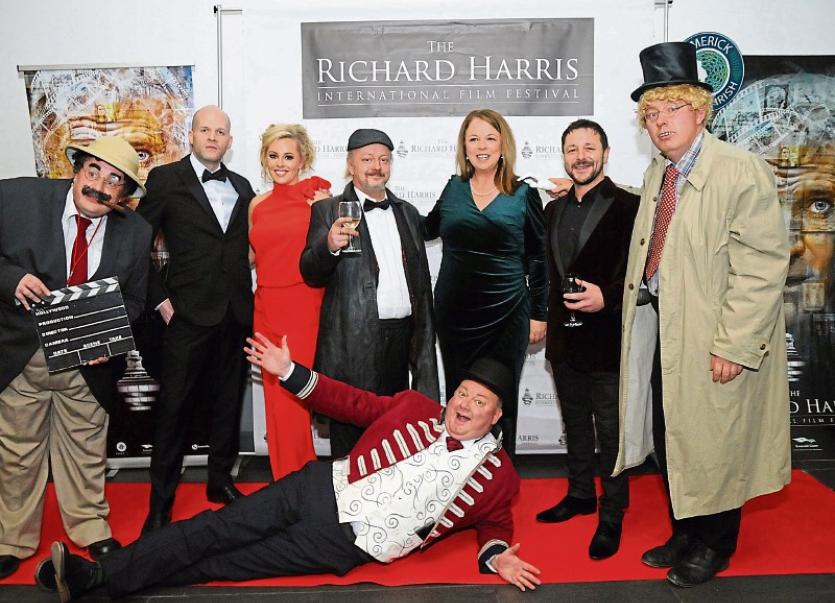 ONE hundred and fifty films from 30 different countries were represented in the Richard Harris Film Festival which took place last week in Limerick.

Now in it’s seventh year, the celebration of the life and times of the great Limerick actor Richard Harris has turned into one of the nations most exciting festivals.

The festival team, led by Rob Gill, Zeb Moore, Sylvia Moore and an army of volunteers, must be commended for elevating Limerick’s cultural scene to new heights.

The festival kicked off on Thursday night with Hollywood star Jack Reynor’s short film Bainne – starring his Midsommar co-star Will Poulter – and a preview of Brian Reddin’s documentary, A Man Called Harris, shown to audiences in the surroundings of St. John’s Church.

Director Brian Reddin regaled those present with the trials and tribulations involved with getting people to speak in the documentary.

One story in particular highlighted the challenges in getting Hollywood icon Clint Eastwood to agree to take part in the documentary.

”One Monday night, just after 10, I get a call. I had reached his people a few weeks back and didn’t get a response. Suddenly, this woman comes on the other side of the phone saying Clint can do Wednesday morning.”

”But it’s 10pm on a Monday night here, I’ll need to get going tomorrow.”

”You better get your ass to California, then!” the reply came.

“When Clint Eastwood says he wants to be in your documentary, you make plans” Reddin said.

Friday saw the Belltable host a series of short films from Ireland and abroad, with Mohammad Bakhshi’s Are You Volleyball? taking home the festival award for Best Writing, Suzie Keegan’s documentary Bending Glass scooping a Best Cinematography gong, and Spanish director Jorge Muriel winning Best Director for The Boy Who Wanted To Fly.

Saturday saw the Limerick Writer’s Centre host an afternoon to raise funds for Limerick Marine Search and Rescue and a documentary on the late singer, Mic Christopher,shown at the Belltable.

Sunday night’s Gala reception honoured the festival winners, with the highlight of the evening being Ella Harris, granddaughter of Richard, telling the audience she’s as stubborn as her grandfather.

”I got married recently, and I insisted on having an outdoor wedding. I stuck to my guns and didn’t have an indoor plan, so indeed, the cake did get left out in the rain,” a fitting end to a celebration of Limerick’s proudest acting son.