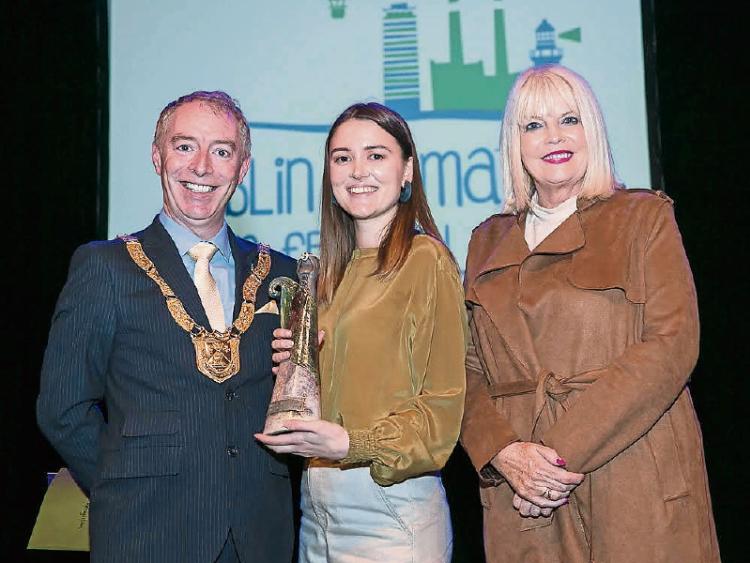 Limerick Institute of Technology  student Leanne Dooley took home the ‘Social Recognition Category’ award for her animation, ‘The I Land’ at the Dublin Animation Film Festival.

The ceremony featured a screening of each chosen movie for the festival guests. Animation film buffs, guest speakers and renowned film producers and directors were all in attendance.

Shaun the Sheep creators and Aardman Animations’ producers-directors Paul Kewley and Richard Phelan were among the audience at the festival.

The Dublin Animation Film Festival celebrates the best of national and international animation, and was created to inspire and celebrate exceptional standards of animation talent in Ireland and abroad.

This year’s event took place in Dún Laoghaire’s Pavillion Theatre on October 18 and 19.

“We had so many exceptional entries this year from home and abroad and it was great to have films from Limerick involved in this year’s event. Congratulations to Leanne on her winning entries.”

The standard at this year's award ceremony was fantastic and we are greatly looking forward to bringing the festival back next year.”