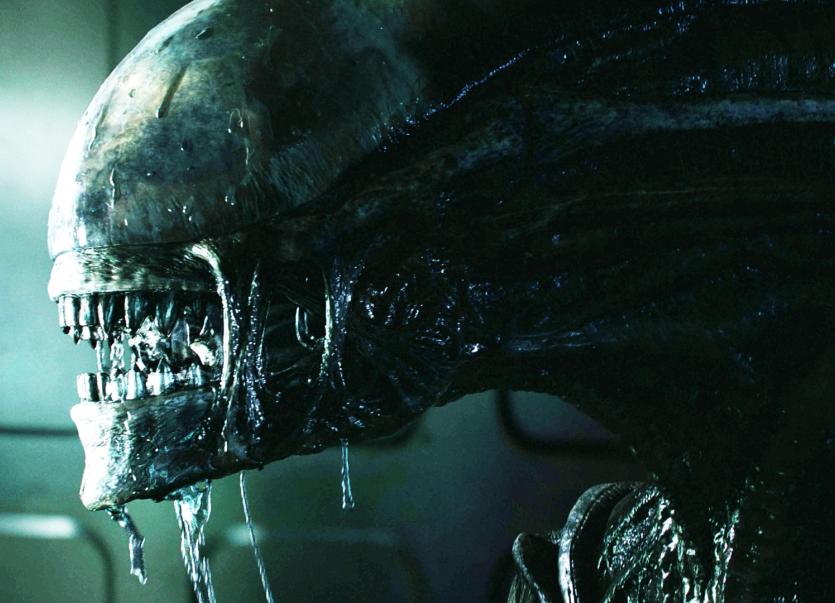 As Halloween approaches and the nights get darker (which is great for astronomy) we all love to watch a few scary movies, so I have put together some suggestions for the most frightening movies set in space for you to watch over the coming weeks. The last number of decades has seen an increase in the horror-space genre with some fantastic effects and stories to be told. However, they all have one thing in common…the unknown.

You can’t have a list of space movies without the classics that are ‘Alien’ (1979) and ‘Aliens’ (1986) at the top of your list. Most people would agree that the original is one of the most frightening edge-of-your-seat movies that exist within this genre. The idea of being prey rather than the hunter alone is enough to unsettle us, never mind being hunted by the infamous insect-like creatures that hero Ripley has to face. In particular the unforgettable scene within the mess hall as a new creature is born is enough to frighten anyone (scary fact: most of the crew didn’t know the exact way in which the creature would appear in such a realistic manner that a lot of the reactions were genuine and it was filmed in one take). While many would describe these movies as more action, there is just enough jumps and tension to warrant a place on any Halloween playlist.

‘Event Horizon’ (1997) with a stellar cast including Laurence Fishburne and Sam Neill, follows the crew of a spaceship sent to rescue a long-lost space cruiser called the Event Horizon which mysteriously appears near Neptune. Turns out the mysterious ship used an experimental hyper-drive that may have torn a hole in the space-time continuum and let some unknown evil entity into our dimension. Utilising the loneliness of space the entity may be responsible for driving the crew insane and murderous. While considered a flop when first released it has garnered a cult following since its release and it is well worth a watch.

‘Ghosts of Mars’ (2001) and ‘The Last Days on Mars’ (2013) both offer what scientists have continually wanted, to find life on another planet. While Ghosts of Mars offers a mix of cheesy one-liners, gun-toting action and space horror it’s still worth a watch. While Last days on Mars presents a more realistic version of a human-mission to mars this makes it seem all the more creepy.