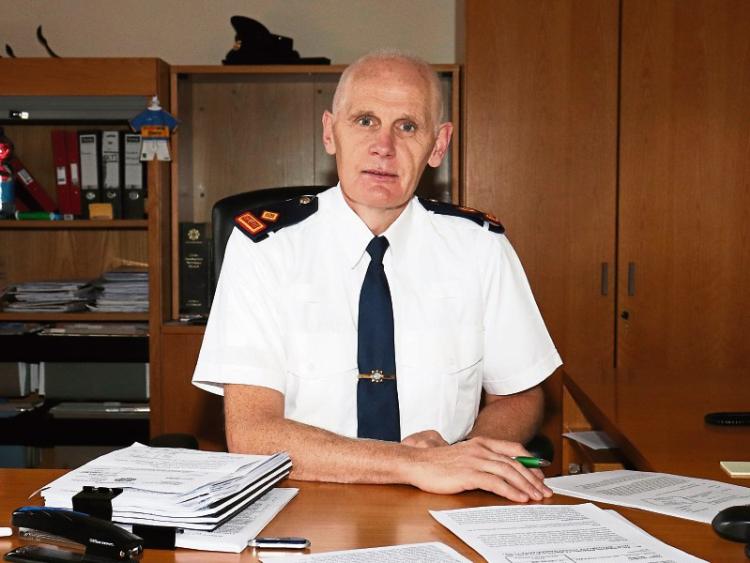 THERE is widespread shock at an American-style school shooting threat made to a County Limerick school on an “anonymous messaging app”.

The Leader can reveal that the post read: “I am going to shoot up John the Baptist (community school in Hospital).”

It is understood a student took a screenshot of it and alerted a parent. The school was contacted and they immediately rang Bruff gardai on Friday morning. They took the threat seriously and launched an investigation.

An armed garda presence was noticed by members of the public around the school. Bruff Superintendent John Ryan said the threat was made via a mobile app.

“We are quite happy that there is no substance to it. There have been a few of these throughout the country over the last couple of months on the same app,” said Supt Ryan, who has contacted the company.

There is no suggestion the threat was made by a current or former student of John the Baptist Community School.

“It is open source. It could be anyone, literally. It is open to anybody to access it,” said Supt Ryan.

He continued: “The message we want to get out there is for people to let us know if they come across anything of this nature. We would also ask parents to be mindful of what type of apps their children are downloading on their phone. Our community gardaí carry out regular schools visits and talk to students about using apps and social media. The garda website also has some good advice on this topic.”

The recently appointed Bruff superintendent urged teenagers to “think before you type”. “No matter what you are putting up on social media, think twice and be cautious,” said Supt Ryan.

Principal of John the Baptist Community School, Noreen Rafferty said it highlights once again the importance of education around social media and its use.

“All parents and students should be aware of the potential consequences of what is posted online. We want to emphasise the vital role parents play in monitoring and educating their children on the use of social media. We are grateful for the supportive response of the gardaí,” said Ms Rafferty.

The app in question is called Tellonym. Launched in Germany, it is an anonymous messaging app that allows people to post and answer questions and messages. Billing itself as "the most honest place on the internet", it requires the poster of a comment or question to send out a link to their contacts. They then answer, anonymously, giving their thoughts.

Founder and CEO of Tellonym, Maximilian Rellin told the Leader: “We are taking the safety of our users very seriously and have many policies and features in place to fight inappropriate content, including such threats.”

Regarding John the Baptist, Mr Rellin said: “We already established contact with the local police department and provided all available data about the sender of that threat.”

Local councillor, Ger Mitchell said everybody in Hospital is “stunned”.

“It is a serious threat. Supt John Ryan said he was looking into it and we were glad he made the announcement on the Leader. Everybody is shocked in the community. John the Baptist Community School has a fantastic reputation and they get brilliant results every year. Students come from all over the hinterland and all the teachers are recognised as being top class,” said Cllr Mitchell. He said it is very “worrying but thankfully nothing happened”.

“I just hope this doesn’t continue into the future. The school and gardai must be praised for their fast response and I thank the new superintendent for his quick and immediate reaction,” said Cllr Mitchell.