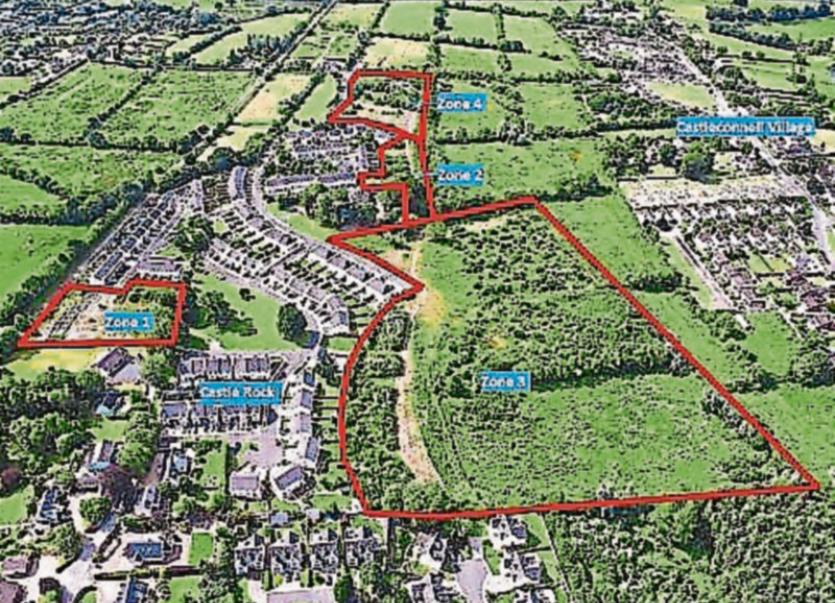 FIFTY two houses in Castleconnell were granted planning by the council in the same week that the local authority refused 41 dwellings in the same parish.

The Castlerock Residents Committee “strongly objected”. In their submission they say site two and site three are “on a flood plain and are prone to extreme flood events in heavy sustained rain”.

They say children’s security would be put at risk with the increased construction traffic and once completed they have concerns over traffic management.

There were 11 separate submissions in total objecting to the plans.

In its application, the developer included an updated flood risk assessment, natural impact and ecological impact statements amongst a raft of other reports. They have said that building will take place in the areas of lowest risk – one flood every thousand years.

The local authority came down in favour of Torca albeit with 33 objections that are not yet available on the council’s website. Following a media query from the Limerick Leader, a spokesperson for Torca Homes said: “We have no comment at this time.”

However, James Hartigan’s application for 41 detached dwellings at Cloon and Commons, Castleconnell was turned down by the council. There were 12 objectors. Like in Castlerock, drainage and traffic management concerns, amongst many others, were highlighted.

The fact that two substantial housing plans were before the council does show the increase in popularity of Castleconnell. It is only seven years ago that you could purchase a four bed semi-detached home in Castlerock for €125,000 in a NAMA residential mortgage 80:20 deferred payment scheme. They have now doubled in price and are highly sought after.

“It has a touch of class about it. It did deteriorate in popularity in the 1990s and 2000s. But now with the advent of the motorway and accessibility there is a growing demand. There are good local associations driving the community forward and the village ambience has improved in recent times.

“The changeover in ownership of the hotel with Pat McDonagh taking it over will help and, of course, you have the majestic Shannon. Castleconnell is returning to its former glory in terms of popularity. We are finding very, very good demand for properties in the area,” said Mr Crosse.

As well as the wide range of local amenities, the auctioneer cites the closeness to the city, University of Limerick and nearby major employers.

“A three bed 3 bed semi-detached in Castleconnell is about €210,000 / €220,000. They are now just 20 grand or so off Castletroy prices which wouldn’t have been the case heretofore. The price difference has closed big time in the last two or three years,” said Mr Crosse.

CJ Stander is one of many rugby players who have settled in Castleconnell.

His wife Jean-Marié has said: “I absolutely love the scenic walks. I love walking to the fairy woods, through the village to the local shops and all the way to the World’s End and back especially on the odd sunny day!”