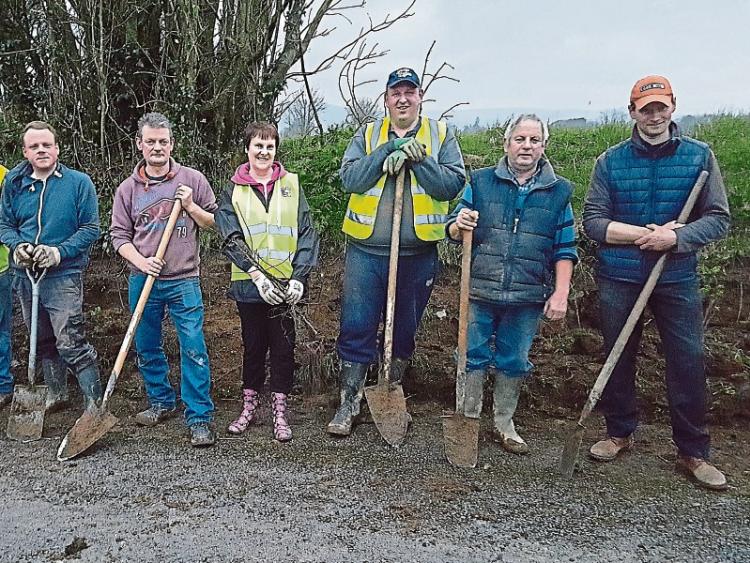 “WELL, holy God,” would have uttered a man synonymous with Glenroe at the news that there is no mention of it in this year’s Tidy Towns booklet.

Miley would have been apoplectic at neighbouring Ballyorgan not being adjudicated for the second year in a row. Six Tidy Towns entrants were not included in this year’s competition and two of them are in the same County Limerick parish. The results run to 63 pages but you won’t find one mention of Glenroe or Ballyorgan.

Catherine Hosford, chairperson of Ballyorgan Tidy Towns, said it was “very frustrating” not to be judged two years in a row.

“Last year, it was a bit confusing because they were changing to a new email address and we sent it to the old email address.  This year we sent it off again to the proper email address and again nothing came back. I rang up the Tidy Towns and a woman was very helpful. She said we had too many attachments – it was over 20mbs. She said they wouldn’t have even have got it, the server would have deleted it,” said Catherine.

Going back to pen and paper and posting it could be the way to go, she said.

“At least you would know it got there. It wont deter us anyway – we will come back stronger,” said Catherine, who thanked all the committee and volunteers who support Ballyorgan Tidy Towns.

Carmel Fox, of Glenroe Tidy Towns, said they were “disappointed” not to be involved.

“The email was sent and Bcced to someone else in the group and they got it but it was blocked from the department. For whatever reason we didn’t get a message back to tell is it didn’t go. It was an IT glitch. We neither give blame or take blame but we will be more belt and braces next year and put a read receipt on it,” said Carmel. The biggest thing they are going to miss out on, she said, was Going for Gold. However, being left out doesn’t preculde Glenroe from the annual department funding.

Like Ballyorgan, Carmel said this set-back will only bring Glenroe Tidy Towns closer together and work harder for next year.

A spokesperson for the Department of Rural and Community Development told the Leader a record number of 918 Tidy Towns committees entered the competition this year.

“The department now understands that a small number of Tidy Towns committees had submitted an email application for the Tidy Towns 2019 competition which were not received by the department, including applications in respect of Glenroe and Ballyorgan.

“While there is nothing to indicate that any fault lies with the department in this matter, the department acknowledges the huge effort that goes into the Tidy Towns competition each year by local groups. Although it is not obliged to do so, the department is currently arranging for adjudications to be carried out for the areas that have demonstrated that they attempted to submit their application before the competition’s deadline,” said the spokesperson.

This will include adjudication in Glenroe, although some additional information is still pending before that process can commence in respect of Ballyorgan, they said.

“The department is also working with Ballyorgan Tidy Towns to clarify the status of their application to the 2018 competition. Once the adjudication process has been completed, the affected committees will receive their adjudication score and report. The official version of the results booklet for the 2019 Competition will be revised to take account of these scores.“ Any prizes that may fall due to these groups will be honoured and presented to them at the regional awards ceremonies to be held later in the year. The adjudicators, in formulating their reports, will be mindful of the fact that their assessments are taking place in October, rather than during the summer months,” said the spokesperson.