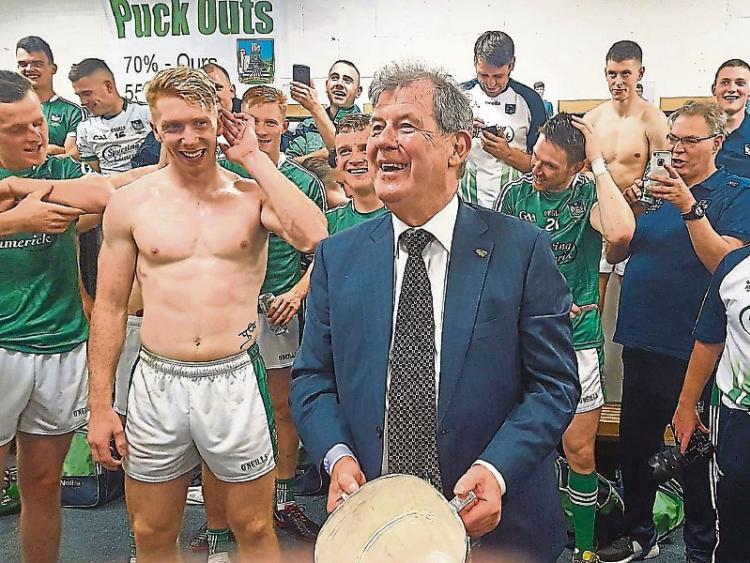 Gesture: The trip has been arranged by JP McManus, pictured here with the Liam MacCarthy Cup in the aftermath of the 2018 All-Ireland win

LIMERICK hurlers, management and senior county board officials jet off to Barbados this Friday after the shock of some being caught up in a major garda investigation.

Sunday newspapers revealed a number of senior hurlers and county board officials were interviewed by detectives as part of an investigation into alleged corruption and wrongdoing by gardai in the Southern region.

It is understood homes were searched and that a number of mobile phones and documents have been seized as part of the investigation led by members of the National Bureau of Criminal Investigation.

After a tumultuous week, the exclusive Sandy Lane awaits the over 100 strong party following an early flight from Dublin to Gatwick and then on to Barbados. Next to them on the sun loungers could be Rihanna, Gwyneth Paltrow or David and Victoria Beckham who have all stayed in the luxury resort. However, places will be at a premium for global celebrities. One source said: “Most of it is booked out for Limerick GAA, in fact nearly all of it.”

The holiday of a life-time is a thank you from JP McManus, Sandy Lane co-owner,  for another stellar season on top of the All-Ireland win last year. Mr McManus and his family will be there to welcome the hurlers to the number one hotel spa in the Caribbean, Bermuda, and the Bahamas. One of those going to paradise for eight nights told the Leader they each got a big itinerary last week.

Read also: Beleaguered airport could get a boost from route fund in Budget 2020

“I went through it the other night and it is unreal. Every day there is something going on. One day there is a catamaran trip planned out into the crystal clear waters of the Caribbean with lunch onboard. Everything is scheduled for us. It is a once in a lifetime experience,” said the source.

“It is so generous of JP. I know the All-Ireland meant the world to him but you couldn’t thank him enough for this. He didn’t have to do it. It is a fantastic gesture. What he has done for Limerick GAA is just phenomenal,” they continued.

Golf enthusiasts can tee off on three courses: The Old Nine, The Country Club – and the renowned Green Monkey, which is exclusive to Sandy Lane guests. Carved from an old stone quarry, it was designed by top golf architect Tom Fazio. While those wishing to relax can head to the spa measuring 47,000 sq ft – roughly the size of 16 tennis courts. There is also a 2,500 sq ft gym and training area for the hurlers to keep in tip-top shape.