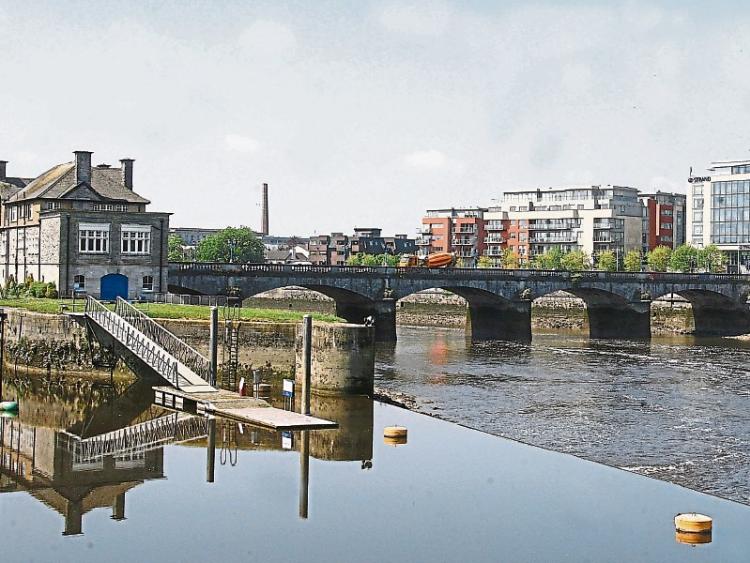 Thomond Bridge caught the judges' attention when they visited the city

LIMERICK city centre is now one of the highest achieving areas in Tidy Towns locally having continually increased its total marks since it first entered the national competition seven years ago.

This year, it achieved 312 marks – an increase of six compared to 2018. Limerick City Centre was awarded 238 marks when it entered the national competition for the first time in 2012 and has improved its total every year since.

The adjudicator’s report for 2019 notes the committee’s initiative to award monthly awards to businesses. “We like the idea of the monthly awards and then one of these becoming the overall annual winner. Giving an award is a commendation for good work undertaken and so we have no doubt that those who receive the awards are delighted to receive this recognition,” states the report.

It was also noted by the adjudicator that there was little or no litter on the day of this year’s inspection.

Read also: What are the scores for Limerick? How did your area fare in this year’s Tidy Towns?

“Limerick is a large urban area and considering its size we are delighted to report that litter was minimal when we visited.

“You have a number of groups in the city who are involved in litter pick-ups and we note that some businesses also clean outside their premises,” states the adjudicator’s report.

Meanwhile, the Mayor of the City and County of Limerick, Cllr Michael Sheahan, is commending all those involved in Tidy Towns groups across Limerick for their efforts over the past 12 months.

“I want to pay tribute to the hard work and dedication of the volunteer groups across the city and county for their work to their communities and their ongoing commitment to helping make their localities a better place to live,” he said.

“Fifty-six groups from right across Limerick took part in this year’s competition, with some returning following an absence last year. I was delighted but not surprised to see that all groups who competed last year saw an increase in their marks this year. That is down to the commitment of community groups and volunteers who give up their time to help out,” added Mayor Sheahan.

This year’s Endeavour Award went to Ballyagran Tidy Towns, which recorded the biggest percentage improvement when compared to last year.