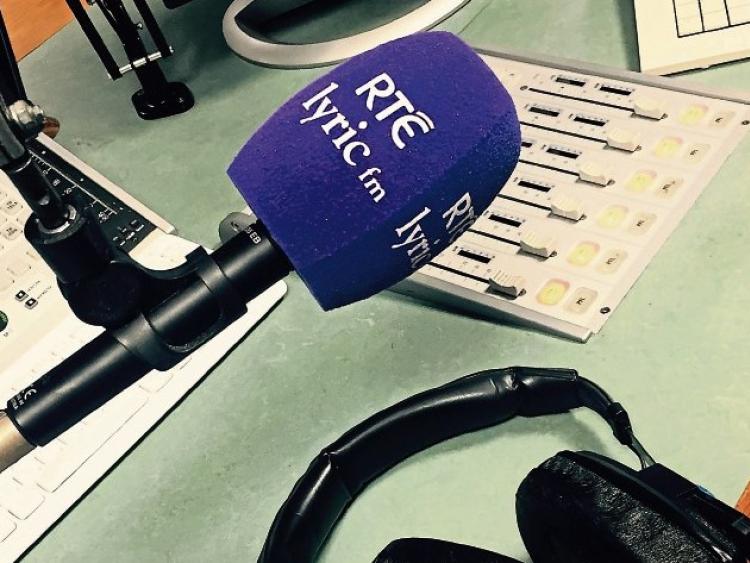 TURN THE dial to find your only classical music station and you might find yourself serenaded by local giants, such as classical maestro George Alexander Osborne, singer-songwriter and researcher Kathleen Turner, or even Caherdavin folk star Emma Langford.

RTE Lyric FM, based in Cornmarket Square in Limerick city since 1999, is Ireland’s only radio station dedicated to arts and culture, and is the only station where you will likely hear any of the above on a daily basis.

However, its some-20 staff were caught off-guard last Thursday night, when a Prime Time feature revealed that RTE bosses were “considering the future” of Lyric FM.

“The fact that it was the only specific thing mentioned in the whole Prime Time [segment] was alarming to everybody,” sources told the Limerick Leader this week.

When it was set up in 1999, RTE Lyric FM was strictly classical music. But the addition of eclectic programming broad-ened this musical palette to jazz, trad, folk and new music.

However, along with the halving of staff, shows dedicated to specific genres have “fallen by the wayside” in recent years.

Carl Corcoran, who was one of RTE Lyric’s leading presenters since its foundation in 1999, said that the station is “exemplary” as a financial model “in the sense that it’s a great output by a very small group of people”.

Mr Corcoran, who is now director of the MA in songwriting at the Irish World Academy at UL, left the station in 2017. At that stage, his late evening Blue of the Night programme was the second most listened-to late evening show in the country.

He has expressed fears that if RTE Lyric FM is cut, it will leave an indelible mark on the music industry.

As a former presenter I valued the broad canvas RTÉ lyricfm uniquely provided for a variety genres, styles and artists. Tragic if axed or diluted. And as a financial model Lyricfm is exemplary compared to other elements of the organisation #publicservicebroadcasting #rtelyricfm https://t.co/pqeA3OYwIZ

“I think it would have a serious impact on the industry and culture, in general. One of the purposes it serves, right now, is to be a platform for a lot of artists. And local artists would suffer greatly because of the lack of exposure. It would be an awful loss.”

Emma Langford, an award-winning folk musician, has had her music played on Lyric on numerous occasions through the years. Her first ever national radio play was on Carl Corcoran’s Blue of the Night.

“It’s the station my parents listen to to wind down at the end of the day, it has almost been the sound track to my life. Lyric has been a launch pad for new Irish artists. It’s an alternative voice on Irish radio, a platform for music you won’t hear anywhere else - from 1600s baroque to the music of Singing In The Rain.

“Plenty of stations are playing the charts, but Lyric offers something completely different, and to close them is to deprive Irish audiences of a whole, often unheard, wonderful musical world,” she said.

Another young musician, Maria Ryan, Pallasgreen violinist and singer with ensemble Strung and other bands, has also expressed fears over its closure.

“It's the only station in the Republic of Ireland dedicated to broadcasting classical music as well as jazz and other eclectic genres of music.

“RTE Lyric fm supports Irish classical musicians by playing their recordings and broadcasting live performances from places such as the National Concert Hall, all helping to make classical music more accessible to people of all ages and backgrounds. Without it the entire classical music scene in Ireland would suffer,” she told the Leader this week.

John Daly, of Limerick Jazz Society, said: “I listen to Lyric FM every day and love the station especially the live concerts. This is no surprise that a major reshuffle is now needed with the development of the digital age and how we listen to radio.

“We can now access thousands of radio stations from all over the world and pick what we like. It’s a sad day for an institution like RTE whom we’ve all grown up listening to, but times and listening habits are changing so quickly. Change is a good thing once it goes in the right direction.”

In a statement to the Limerick Leader, RTE said: “We are mindful of RTÉ’s central role in reflecting who we are as a people and a nation and where we are going, a role that is more important now than ever. However, with commercial revenues and public funding both significantly below what is needed to operate the organisation in its current form, it is no longer possible to continue as we are.

“It is in this context that we are currently finalising a review of everything we currently do and what we can continue to do in the future and we expect to be in a position to share details in the coming weeks.”