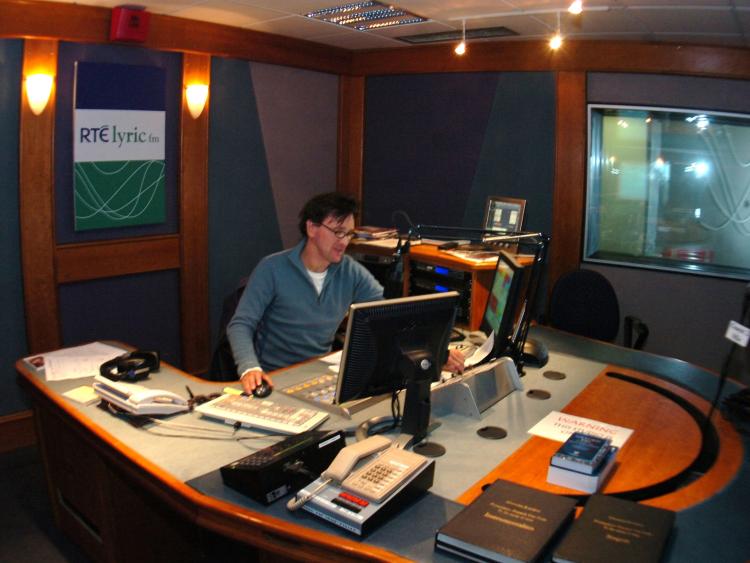 THE GOVERNMENT has been urged to intervene in RTE's plans for its Lyric FM studio in Limerick, after Prime Time revealed that it is considering its future.

On Thursday night's televised programme, it said that RTE is "considering the future of Lyric FM", news of which has prompted widespread shock across Limerick and the national and international arts community.

Among the many artists showing support for Ireland's only culture and arts radio station, Uruguayan composer Jose Serebrier took to social media and has described the idea of shutting its doors as a "crime".

"The crime of stopping Lyric FM seems unbelievable and irresponsible. It would create a vacuum that would harm the future cultural progress of Ireland. There must be other ways to reduce the RTE budget!" he said on Twitter this week.

Riverdance composer Bill Whelan also took to the social medium to express his concern. He said: "The station is not only an oasis of calm but an important platform for a rainbow of music not provided by other broadcasters."

Please don’t cancel Lyric fm. Their studio is based in Limerick. We need decentralised elements of RTE. I use those studios loads to do interviews, instead of going up to Dublin like a prick.

RTE Lyric presenters have also taken to social media to urge members of the public to show their support.

Meanwhile, Labour TD Jan O'Sullivan told the Limerick Leader that she has tabled parliamentary questions to Minister for Communications Richard Bruton and Minister for the Arts, Josepha Madigan, asking them to intervene in the situation.

“Any threat to the future of Lyric FM must be strongly resisted in Limerick and countrywide.  The station has made a huge contribution to cultural life since it opened in 1999, not just through its broadcast programmes, concerts etc but on a much wider scale in supporting music and cultural activity across many genres. Its loss would be particularly felt here in Limerick.

"I don’t believe this should be a matter to be decided within RTE to address their financial difficulties; Lyric is an important contributor to public service broadcasting and it should be protected by public policy," she said this Monday.

In a statement to the Limerick Leader, RTE said:

“RTÉ remains committed to meeting the ever-changing needs of Irish audiences and to securing the future of public service media in Irish life. We are mindful of RTÉ’s central role in reflecting who we are as a people and a nation and where we are going, a role that is more important now than ever. However, with commercial revenues and public funding both significantly below what is needed to operate the organisation in its current form, it is no longer possible to continue as we are.

"It is in this context that we are currently finalising a review of everything we currently do and what we can continue to do in the future and we expect to be in a position to share details in the coming weeks.”