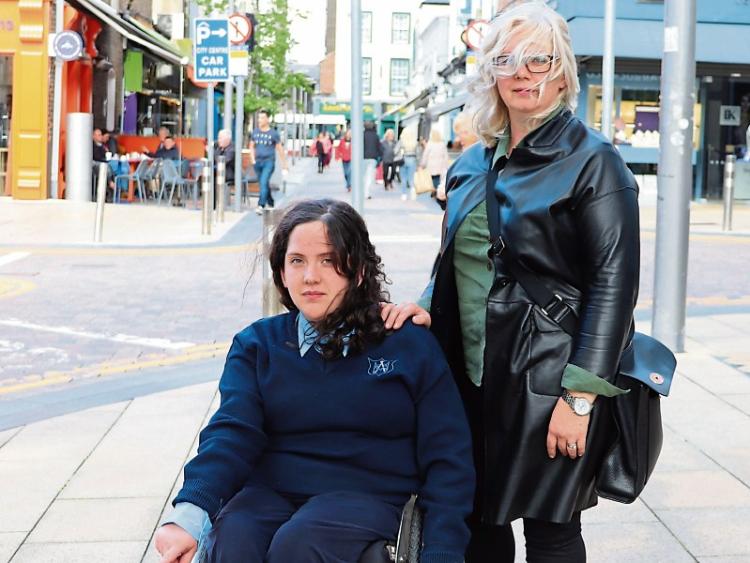 FOR most of us, stepping in dog dirt is an irritating yet minor inconvenience. But for 18-year-old North Circular Road girl Caoimhe Lalor, encountering it means the loss of independence and increased health risks. She needs to be always on her guard whenever she goes out.

The Ard Scoil Mhuire student is a wheelchair user, and whenever she is out now, she has to keep her eyes on the footpath just in case she accidentally ploughs through dirt left by inconsiderate dog owners.

She has called on council to bring in “more dog bins” have stronger fines, and provide “more doggie bags, so no-one has an excuse”.

”I went on a walk recently down the North Circular, and I wheeled through a pile of leaves, and had to go and change my jumper as it gets on the wheels, and it gets on me as it sprays up. It’s the same as a pram I’d imagine with a toddler. It’s obviously toxic, you don’t want it anywhere near your hands,” she said.

Her mother Orlaith said when dog dirt gets on her wheels, these need to be removed, and ask someone nearby if they can be hosed down.

”We’ve had to buy disposable wipes which we don’t like doing, because that’s not environmentally friendly. But we need to get her home with no health risk,” explained Orlaith, who moved to Limerick from Kildare only five years ago.

Caoimhe says dog owners are not taking responsibility for their actions, adding: “It’s like me not having books for class. It’s the equivalent of that.”

“When I go out, I am always very conscious,” said the youngster.

So much so that rather than enjoy the scenery, her mother says her gaze is often fixed to the floor in order to avoid dog dirt.

“It prevents us from doing out,” she admits.

Local councillor Brian Leddin said: “The city has a responsibility to facilitate people in doing the right thing. There are only three dog litter bins in the city. There has only been a handful of fines, and these are quite low. We need increased fines, which will need national legislation that we should push for.”

A council spokesperson said it is “very sad” Caoimhe is having such issues.

"The onus must be on the personal responsibility of the dog owner. It’s also a matter of pride. The message is simple and clear – please clean up after your dog,” they said.

Read also:  Joy as dog-napped pooch that was thrown out of moving car in Limerick is returned to owner