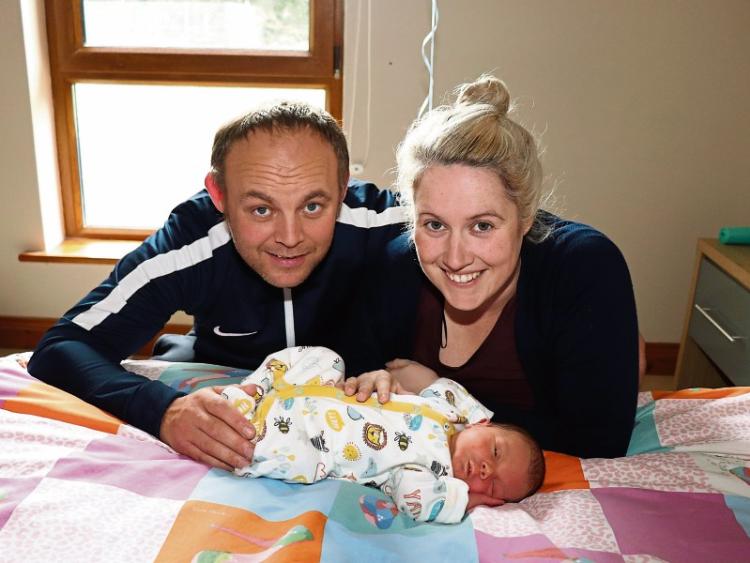 A LIMERICK woman who bravely shared her story on national television earlier this year, has given birth to a healthy baby boy.

Jean Tierney, who hails from Bruff, left the RTÉ show Operation Transformation in January after falling pregnant with her son Brayden, who was born last Wednesday, September 4, weighing 8lbs.

Jean captured the hearts of the nation after she shared her journey through an ectopic pregnancy, a miscarriage and the loss of her baby daughter Sloane last year.

“We were obviously in a whirlwind because we were in the middle of Operation Transformation and then we found out we were pregnant and we were like ‘oh God what do we do’ and obviously it was very early in the pregnancy,” Jean said.

“But we had talked about things quite openly and, I suppose, there’s nothing to be ashamed of, we were pregnant and it was something joyous and we chose as a couple that the right thing to do was to share the reason we were leaving the show.

“You don’t know what way it was going to go, you’re so nervous,” she added.

“You always wish that you’d get to this point but you never know if you actually will, so to have him home with us here is absolutely fantastic,” she said, “it’s surreal, we keep staring at him, it’s brilliant.

“He’s perfect, we’re blessed with him. Everything is worth it.”

Jean had previously stated she would rejoin the show once she could, but has no immediate plans to do so.

“I’m delighted I did it and it got us through a part of our lives that was quite tough, but right now we have everything we need,” she added.

“It’s nice to be able to close the door and hide away for a while and enjoy being in our little bubble.”