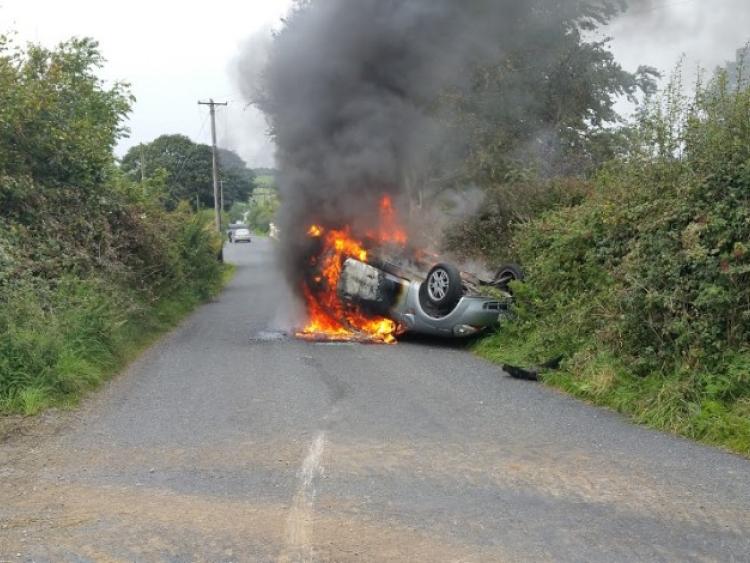 The car burst into flames after crashing in Caherconlish

PASSENGERS in a car had a narrow escape after their vehicle overturned and went up in flames this Tuesday afternoon.

It occurred at Highpark, Caherconlish around 4pm. It is understood the driver overtook a car before losing control and crashing into the ditch. The car's occupants scrambled out before the vehicle went on fire.

One unit of the Limerick Fire Service attended the scene and put out the blaze. It is reported that there were no serious injuries.

However, judging by the photo sent into the Limerick Leader they were very lucky. Gardai also attended the scene.

Anybody who witnessed the crash is asked to contact Caherconlish Garda Station on 061 351202.