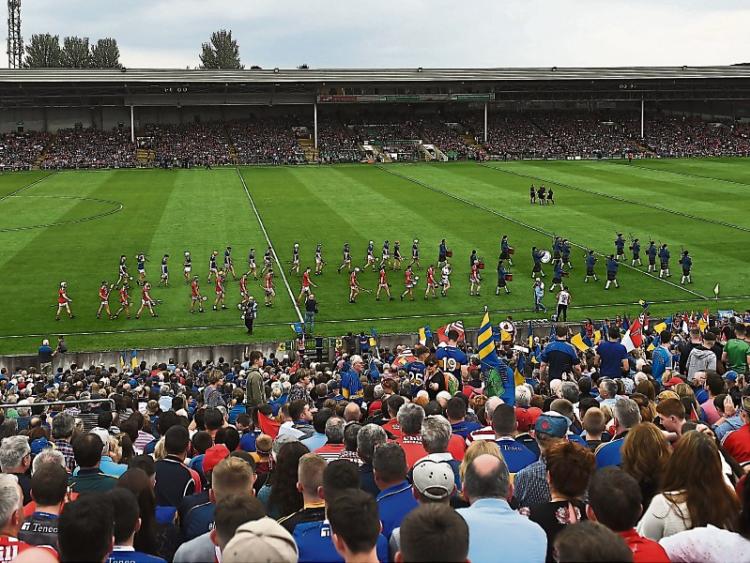 The family had come to Limerick to support Tipperary v Cork in the All-Ireland U20 final PICTURE: Sportsfile

A TIPPERARY fan who attended the recent All-Ireland Under 20 final in Limerick said her children were terrified after they were surrounded by a gang of young thugs who demanded money from them.

The woman's complaint resonated with a call by Sinn Fein TD Maurice Quinlivan for gardai to do more to combat what he called "a surge in criminal activity" on Limerick's northside.

The mother of two young children told The Leader, “We enjoy coming to Limerick for matches and had a great day at the match and the kids were delighted when we lifted the trophy, as it was not long after the senior All-Ireland.”

The match took place on a Saturday night and the family parked near the grounds of Ballynanty Church near Thomond Park and walked from there to the LIT Gaelic Grounds.

"There was no-one near the car when we parked it but the real problem was when we returned.

“There were about 12 young fellows. They were very menacing and demanding money,” said the Tipp fan.

The group said that they had been minding the cars and deserved to be paid. When her husband tried to drive out, they surrounded the car.

"I could see them surrounding others at their cars and didn’t know what it was about but it didn’t look good so we said to the kids to 'come on quick and get into the car'.

“By the time we got  the door closed, these young lads surrounded my husband and began demanding money.

“He got into the car and tried to pull away and they then jumped in front of the car.

“ They were terrified.  They were both up in the middle of the night still afraid, telling us they couldn’t sleep.

“There would have been no hassle if we had paid them, of course, but when you have 12 to 15 year old kids surrounding you looking for money, I’m not sure the right thing to do is give it to them.”

The Tipp fan, who asked not to be named, continued:  “There was no garda there but we were only out the road a mile or more and saw an unmarked car and a patrol car pulled up on the side of the road and the gardai were there chatting.

“We’ve had great days going to matches in Limerick but these kids should not be allowed to do this.

“It’s not going to put us off going again but we definitely won’t be parking there again,” said the Tipp fan.

She added: "The ironic thing is that I was telling a friend from Limerick the story and he started smiling and said that the community garda for the area is actually Padraic Maher, the Tipperary hurler.”

Meanwhile Deputy Quinlivan said in a statement, “There has been a surge of criminal activity in the northside of Limerick City recently and a stronger Garda response is needed to stamp out this illegal behaviour and assure residents of their safety in their own communities.

“I understand members of a criminal gang have been attacking each other in recent times and it needs to be addressed by An Garda Síochána as a matter of urgency. I am concerned about local people living with this criminal activity in their neighbourhoods.

“Some residents in parts of Moyross and Ballynanty in the last few days have had to witness criminality, attacks, anti-social behaviour, and often suffer intimidation at the hands of individuals who have no respect whatsoever for the law.

"I grew up in Ballynanty it still is a great estate with brilliant people, Moyross is a great community and both areas deserve properly resourced policing to ensure a robust garda presence.”

Deputy Quinlivan said the issue had gone on for way too long and had been allowed to fester.

"The State has a duty to ensure that the rights of decent people to live peacefully in their communities, walk the streets and bring up their families, without fear or intimidation, are upheld."

He added some of these involved in the criminal behaviour have "treated the local community with contempt for years".

“I have been in contact with local Gardaí in Limerick expressing my huge concern of possible dangers to the public.”

He said Sinn Féin would continue to push for more co-ordinated action through the Council, social services and the Gardaí to totally stamp out this problem.