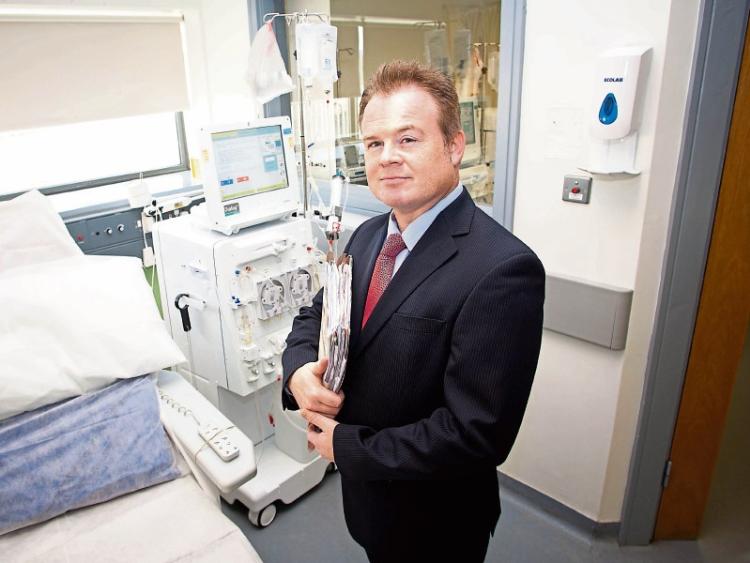 UNIVERSITY of Limerick-led research has shown that patients with gout are at increased risk of chronic kidney disease and kidney failure.

UL’s Graduate Entry Medical School (GEMS) used data from more than 620,000 patients in the UK health system, making it one of the largest and most detailed studies ever conducted.

The study showed that patients recruited in general practice with a diagnosis of gout were more than twice as likely to develop kidney failure than those without.

It also found that gout patients were also more likely to suffer a short-term deterioration in kidney function, as well as a sustained deterioration of function to less than 10% of normal, compared to patients without gout.

“The results were quite astonishing,” said Professor Austin Stack, Foundation Chair of Medicine at UL GEMS who is the lead author of the study and Principal Investigator for the UL Kidney Health Consortium at the Health Research Institute and Consultant Nephrologist at UL Hospitals.

“Each year over 450 patients develop kidney failure in Ireland and require some form of dialysis treatment or a kidney transplant,” explained Professor Stack.

“This continues to be the case despite our best efforts at controlling blood pressure, diabetes and other well-established risk factors.

“The result of this new research suggests that gout may also play an important role in the progression of kidney disease.

“The identification of gout as a potential risk factor opens up new opportunities for the prevention of kidney disease and its consequences,” added Professor Stack.

Gout is the most common inflammatory arthritis which causes severe pain and suffering due to a build-up of uric acid in joints.

It affects almost 2.5 % of the adult population and causes significant pain and disability due to its effects on joints, tendons, and bone.

Treatments that lower uric acid levels in the bloodstream are effective in preventing both the acute flares of gout and the long-term damage it causes in joints.

The research was conducted in collaboration with researchers from OXON Epidemiology in the UK, and AstraZeneca in the UK and US and is published by BMJ Open 2019.