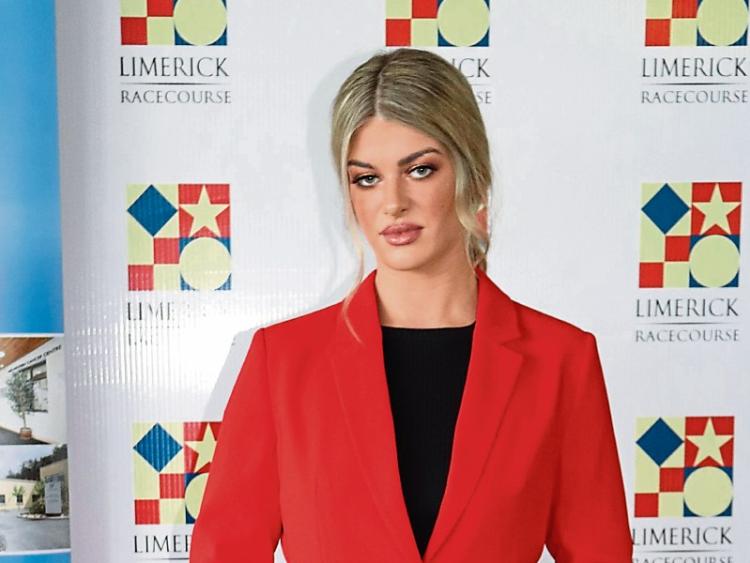 THERE was a sprinkling of Eurovision stardust at the show, as Ireland’s entry to the Song Contest this year stepped out on the catwalk for the first time.

Sarah McTernan, who splits her time between Limerick and Ennis, has joined Celia Holman-Lee’s modelling agency as part of a “new venture” in her career.

She is no stranger to audiences though, having sang for Ireland in this year’s Eurovision Song Contest in the Israeli city of Tel-Aviv. ​

Sarah said: “My friend Lara Horton is a model in Celia's agency. I've been keeping an eye on what she's doing. She speaks so highly of it, and has so much fun. Celia is a lot of fun. That's why I kind of wanted to get involved in it.”

Despite falling at the semi-final hurdle with her catchy track 22, Eurovision was for Sarah “probably the best experience of my life”.

“I remember the day after it finished I just bawled crying because it was over. I'd made so many friends, it was amazing,” she said.

One person she bonded with in particular was the British entry Michael Rice, who will be coming to these shores in the next few weeks, she revealed.

Sarah is a former music technology student at the Limerick Institute of Technology and was buoyed by the support ahead of the contest.

“It was really nice. It's always going to be an overwhelming thing performing on such a large scale. So when you see the support and see people around your home supporting you, it realigns you and puts in place why you're doing it. It grounds you. Your head can go all over the place in five million different directions. When you hear about stuff happening at home, and the support, it's really really nice,” she told the Limerick Leader.

Although she spent just six months in Moylish, Sarah has lived in Limerick for a few years prior to that, and admitted had she been a bit older, she’d have completed the course.