Will Limerick hurling pair do The Full Monty at club's fundraising event? 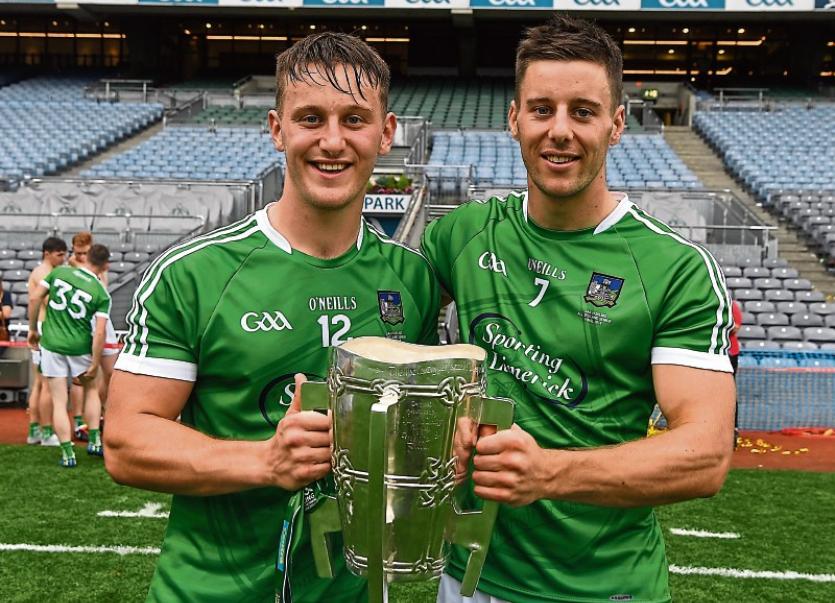 Tom and Dan Morrissey would no doubt set pulses racing

IT is going to be cold in November but the Morrissey brothers could heat things up by doing The Full Monty in the South Court Hotel.

Ahane and Limerick’s Dan and Tom Morrissey are both known for their physiques. Dan has his famous eight pack while Tom got tongues wagging for his shower scene in a Littlewoods ad.

It will all be for a good cause as Ahane GAA Club is hosting its very own OsKaR night. It takes place in the South Court Hotel on Saturday, November 2. Over 100 attended the launch on Thursday evening.

Chairman of the organising committee, Donal Morrissey says they have a total cast of 68. They will be given acting lessons by production company, Kevin Rowe Events and the movies – 10 minutes in length – will be professionally shot. They will act out well known scenes. Then on OsKaR night it will be like Hollywood with the red carpet, paparazzi, movies screening and awards likes best best actor and best actress.

Donal Morrissey, chairman of the organising committee, said the seven films are The Snapper, Misery, Bridesmaids, The Field, Love Hate, Sister Act and The Full Monty – a 1997 comedy based on a group of friends creating their own male strip-tease act.

“Paddy is in The Full Monty. He is hoping to persuade his twin brother Tom and older brother Dan to join him,” laughed their father. If that is the case he will have no problem selling out the front rows!

The Morrisseys aren’t the only well known faces. Local councillors, Michael Murphy and Sean Hartigan have leading roles in Misery and Love Hate. While retired garda, Pat Coakley, will star in The Snapper.

All the money raised will be used to put a 4G surface in Ahane GAA’s ball wall facility. “That will make it available 24/7 365 days a year,” said Mr Morrissey. He said they have done a Strictly Come Dancing fundraiser and were searching for something new.

“We were looking for something novel that could be community-based which is very important. There is no point in having a fundraiser unless you can attract people who have no interest in the club or no involvement in the club but would like to be part of the event,” said Mr Morrissey. The OsKaRs fits the bill.

“A number of the cast are members of the community rather than the club. We are hoping it will be a whole community-based fundraiser,” he said. There will be various fundraising events for each film cast in the coming weeks and months.

Mr Morrissey promises a great night with the price of the ticket including complementary drinks reception, programme, free entry in the raffle and admission to the ceremony. For more see AhaneGAA.ie or the club’s Facebook page.