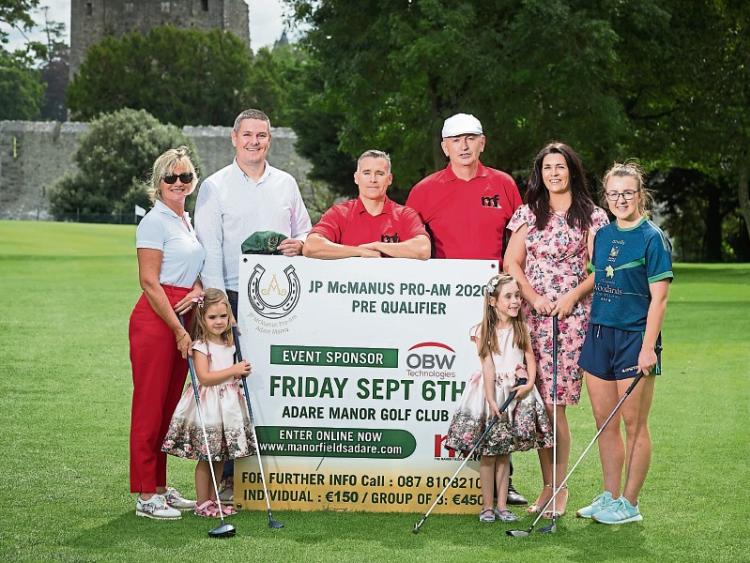 A DECADE after it was first brought into use, the Manor Fields in Adare have proved their value as a recreational amenity, not just for the community of Adare but also for the wider community of Limerick and for people of all ages and abilities.

The current facilities on the 25-acre site include a multi-sport, full-size and floodlit astro pitch, a cricket crease, an all abilities playground, an exercise path and all with its own  access road and carpark.

But the committee, not content to rest on their laurels, is now about to embark on phase 3 of the project, which will involve building a pavilion with six changing rooms, a toilet.shower block, a coffee shop and meeting rooms.

Work is expected to begin this autumn, according to committee spokesman, Barry O’Halloran and significant funding has been secured through West Limerick Resources.

But the committee must also stump up funds and with this in mind, a golf fundraiser has been organised for Friday, September 6 in Adare Manor Golf Club (the original Adare course). This, Mr O’Halloran said, will be a pre-qualifier to send two teams of three forward for the Grand Qualifier for the JP McManus Pro-Am which will be held in the golf course in Adare Manor next year

“Golfers can participate in this exciting event by entering either individually or as a group of three players in the Golf Classic at a cost of €150 per player,” Mr O’Halloran explained. This includes golf and dinner on the day, a two-day entrance cap to the Pro-Am next year, and a chance to be drawn out in the random draw as a member of one of the teams to go forward to the Grand Qualifier next May. There will also be specially commissioned prizes for the top three stableford scores, longest drive and nearest the pin for men and women.

The event is being sponsored by Limerick-based OBW Technologies and players must be over 20.  “Coming as it does fast on the heels of the fantastic announcement that the 2026 Ryder Cup will be held in The Golf Course at Adare Manor, there is bound to be great  interest in our Pro-Am pre qualifier, “ said James Collins, chairman of the Manor Fields committee. “With the next exciting phase of the Manor Fields project soon to commence, the funds raised will be put to good use for the benefit of the entire community”.

Regular user groups come from far and wide, and include many schools, GAA/soccer clubs, leagues, Limerick Cricket Club, and casual users. Less frequent users include The Barbarians RFC, Mayo Senior Football and the Ireland compromise rules squad ! Once the pavilion is in place, other elements in the committee’s  master plan will then be undertaken.