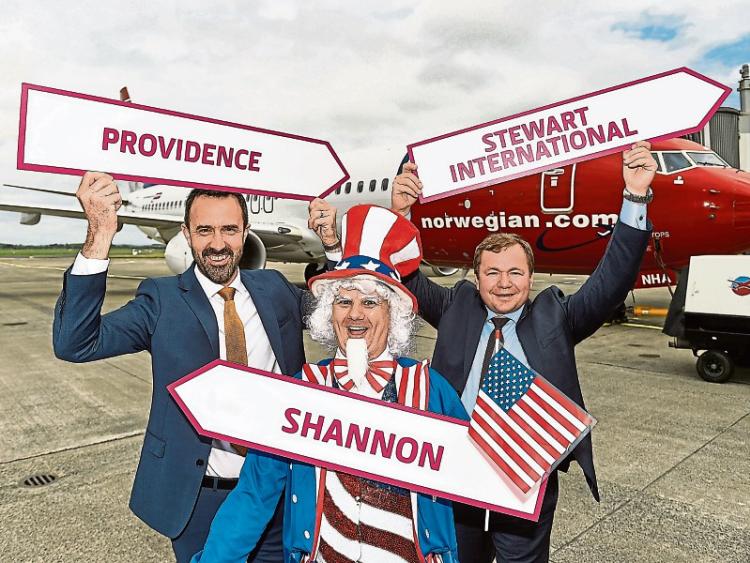 THE Shannon Group has expressed its disappointment at the announcement by Norwegian Air International that it is to cease all transatlantic operations into Ireland from the middle of next month.

The low-fares airline says having conducted a comprehensive review of its transatlantic operations between Ireland and North America and considering the grounding of the Boeing 737 MAX aircraft, it has concluded that the routes are no longer commercially viable and will cease on September 15.

We are disappointed @Fly_Norwegian has decided to end transatlantic flights between Ireland & North America. The airline has stated it will discontinue all six routes from Shannon, Dublin & Cork to the US & Canada from 15 September 2019. Read more here: https://t.co/MJfzVtOIYy pic.twitter.com/wJjN2EAvs2

Responding to the announcement Mary Considine, acting CEO of the Shannon Group, said: “We are disappointed that Norwegian Air International will cease all transatlantic services into Irish airports, including Shannon, from September 15. We acknowledge that the grounding of the 737 MAX Jet had a major impact on this decision and Shannon was, among Irish airports, disproportionately affected, as it wiped 120,000 seats off our summer schedule through the suspension of its nine times weekly services from Shannon to Stewart and Providence,” she said.

“We thank Norwegian Air International and its staff for their commitment to Shannon over the past three years. The strong passenger numbers that used these services at Shannon, however, proved once again the vibrant market there is for transatlantic flights in and out of this region. This will support our case as we talk to other airlines about the proven potential for these routes,” she added.

The Shannon Group says it will continue to work with and support its other transatlantic airline partners, Aer Lingus, United, Delta and American Airlines, to ensure the continued success of their services between Shannon and JFK and Newark airports for the New York market, as well as Boston and Philadelphia.

Fianna Fáil Spokesperson on Foreign Affairs Deputy Niall Collins says the announcement is devastating: “We now have less choice and competition and a falling market share. This is a very worrying trend and must be reversed. The Government needs to act immediately,” he said.

Norwegian Air International says its 80 Dublin-based administrative staff will not be affected by the route closures.