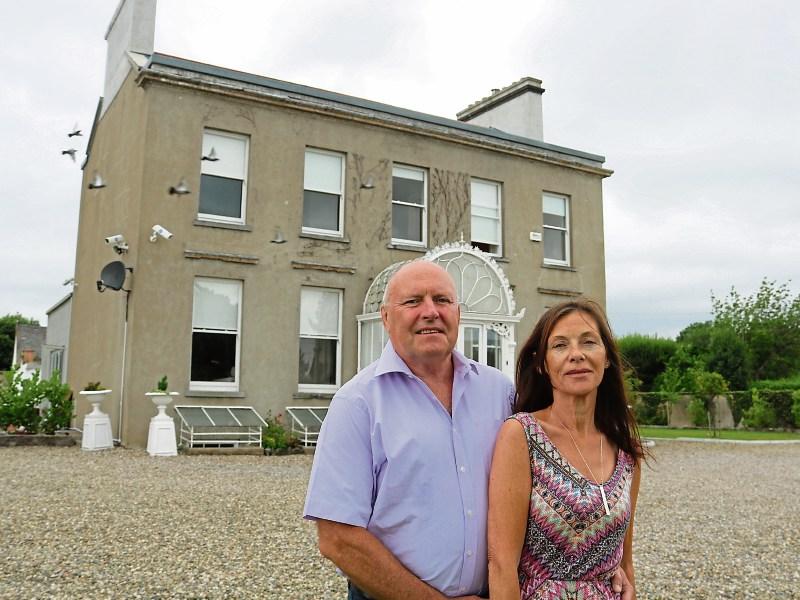 Businessman Mike Wilson, and his wife Sheila at Roseville House in Corbally

NOT many people are lucky enough to move into a home of real historic significance.

But businessman Mike Wilson, and his wife Sheila have done just this, paying almost €1m for Roseville House in Corbally, ​a property described by the National Inventory of Architectural Heritage as “one of the most significant buildings into the area.”

Mike from Gillogue, one of the earliest graduates from the National Institute of Higher Education, the forerunner of the University of Limerick, moved back to Limerick with his wife, who hails from Southill.

And after a year of hunting, they found their dream home.

One of the finest examples of great Georgian revival, Roseville House was once ​owned by local merchant William Holliday. It was built in and around 1840.

Just as an indicator of how the property market has changed in a few short years, the previous owners purchased the home for just €385,000.

They did do a lot of work to the home – and it has more than doubled in value as a result.

Having established a successful consultancy firm in London, Mike and Sheila felt the time was right to return to Shannonside.

“We were looking for house in the Ennis Road, O’Connell Avenue and the Mill Road. We spent about a year looking for the home we really wanted and this one ticked all the boxes. It’s a fabulous house in the city basically. It’s on a one-acre plot,” he explained.

”We left Limerick when we were quite young, but Sheila wanted to come back, and she always wanted to have a family home which is ours to pass down to our children and grandchildren,” he told the Limerick Leader.

Asked why they came home, Mike said: “This is very easy question to answer – the friendliness, the compassion and craic of Irish people is second to none and you will not find this anywhere else. Any pub we go into, we are chatting immediately and generally find connections – cousins, former rugby players and neighbours.”

He has fond memories of growing up here, saying: “You are formed by your childhood. I went to St John’s, cycling along the road, played hurling with Park Vale and rugby with Shannon. I had a good childhood. My parents didn’t have a lot, but they worked hard to put me and my brother through school.”

Having left Limerick young, he insists he is now “definitely back for good”.

“This now is our homestead. It’s there when we pass on. It will go to our children. A bit of a legacy if you like,” Mike concluded.