Making Cents with Liam Croke: Compound interest can make you a millionaire 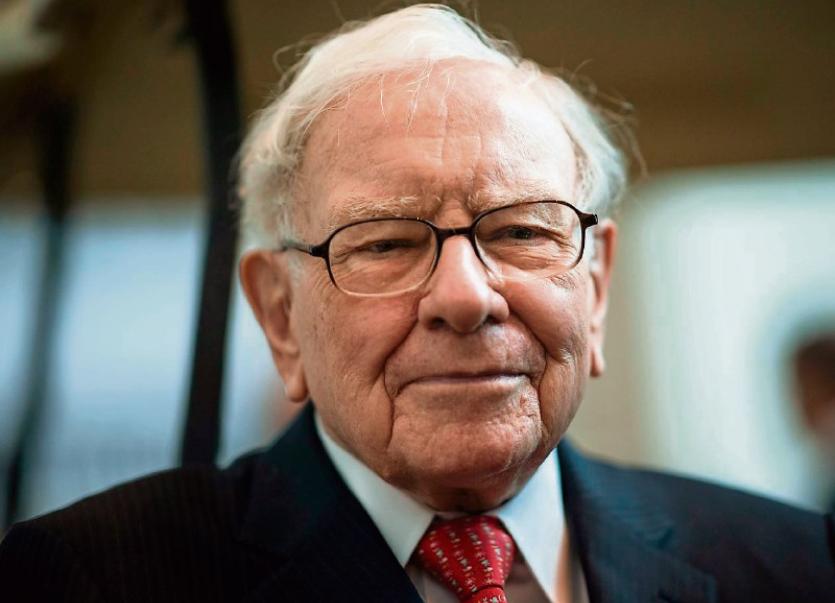 Most people understand the concept of compound interest. At a basic level, it’s where you get interest on your interest.

However, I would suggest the majority don’t appreciate how powerful it is and are not taking advantage of something that doesn’t discriminate and is available to everyone.

Warren Buffet knows all about CI and attributes his wealth to lucky genes and compound interest.

Others like him liken CI to making money in their sleep. They believe that they’re waking up wealthier than they when they went to bed and it’s all down to compound interest

And you don’t have to earn big money for it to make an impact. That’s just a myth. Believe me when I say, CI has the ability to turn people earning average incomes into millionaires.

CI can turn a modest amount into a massive one. When you add patience, perseverance, time and compound interest together, the result catapults your finances to another level.

What percentage of that amount would have been interest? That is, interest earned over and above the amount you put in? 63%. Incredible isn’t it?

I appreciate saving €1,500 per month is a big ask for most people, but what if I told you if you saved €300 per month for nine years and then stopped and never contributed another cent, you’d end up with a fund amounting to €1,863,287.

CI has the ability to turn a total contribution of €28,800 into €1.8m, but the caveat is starting early and getting an annual return of 7%.

The lessons learned here are the importance of saving early and letting compound interest do the rest for you because it will add more to your account than you’re ever likely to. In this instance, when that 19-year-old reaches 53, there will be c. €60,000 being added to their account every year in interest, and by the time they reach 60, €100,000 in interest will be added, all without them contributing a single cent of their own money.

Of course, what goes hand in hand with CI is risk. You’re not going to see the impact of CI if your savings are earning 1% per year, which is about all you’ll earn for money on deposit with banks at the moment.

For CI to take hold, you need to be earning 7% or 8% and you’re not going to achieve that unless you introduce some element of risk to your savings.

When people think of risk, they instinctively think of losing money, which turns them off. But unless you take some, and the level of risk doesn't have to be great either, you are fighting a tough battle. It’s like running a marathon with army boots on carrying a backpack full of rocks.

And there are so many accounts available that cater for everyone’s risk profile. One client of mine was extremely risk adverse and wanted zero risk with any of her savings.

But when I pointed out to her that by leaving her money on deposit in a bank, she was actually losing money because when you factored in the interest rate she was earning, applied DIRT tax and accounted for inflation, she was earning a negative amount and wasn’t protecting her savings at all. When we looked at the opportunity lost by not investing in other accounts, and seeing what CI could do for her, it was that aha moment for her to do something about it.

She has introduced a small element of risk to her savings, an amount she is very comfortable with, and since she did, she hasn’t looked back. She sleeps soundly knowing her savings now earn about 12 times more than they did.

You need to look beyond the short term and get comfortable with taking on a level of risk you are happy with, and when you do and let compounding get to work, the rewards you’ll reap in the future are great. Compound interest won’t make you a millionaire overnight. It can take years, even decades of hard work, sacrifice and patience before you see progress but if you have time on your side, what do you care?

I met one man recently who has a very comfortable standard of living and he knows the decisions he made when he was much younger i.e. saving and understanding CI, led directly to the situation he finds himself in today.

Stick with it and the hard work and consistency will pay off, he told me. That’s great advice.

Read also: Owner clears up confusion over iconic Limerick shop that had shut down and reveals new plans