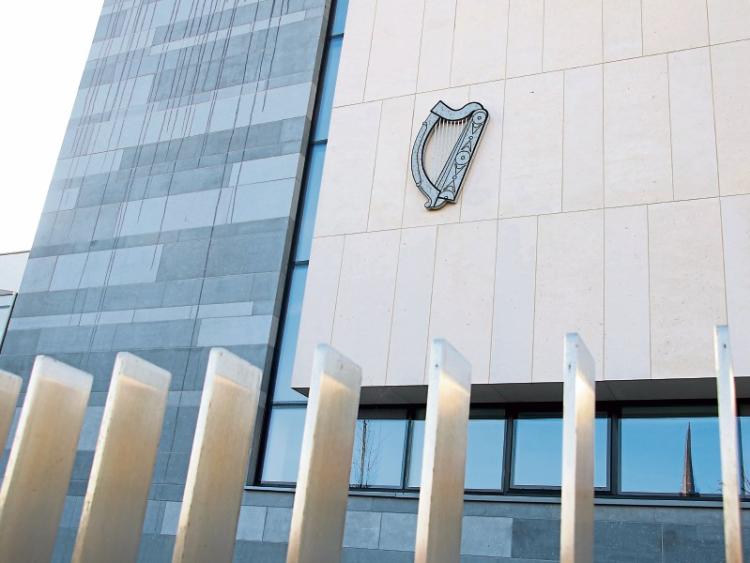 THREE gardai were warned their heads would be ‘taken off’ when they attempted to arrest a violent criminal who was armed with a slash hook.

Patrick ‘Pa’ Harty, 36, who has an address at Creeves, Shanagolden has pleaded guilty to a number of charges, including making threats to kill, during an incident at his home on August 8, 2018.

Detective Sergeant Mike Reidy told Limerick Circuit Court the gardai – who are all attached to Newcastle West garda station –  feared for their safety and that one of them – an armed detective – warned the defendant he would be forced to use his firearm he if did not calm down.

During a sentencing hearing, he said the three gardai travelled to Mr Harty’s home at around 9.15am to execute a bench warrant which had been issued at Naas District Court a number of weeks earlier.

He said gardai had phoned the defendant in advance but that he hung up the phone as he was “irate to say the least”.

Judge Tom O’Donnell was told when gardai arrived at the house, Mr Harty, who has a large number of previous convictions, was standing at the front door wearing a vest and boxer shorts.

He was holding a slash hook and told the three gardai he was “going nowhere” and would take their heads off if they came near him.

Det Sgt Reidy said as gardai approached the house they attempted to reason with the defendant who became increasingly agitated and aggressive.

“He was wielding the slash hook aggressively, he said he didn’t give a f*** about any warrant,” he told the court adding that the gardai “took a few steps back” as tensions escalated.

“They feared he might be capable of using it (the slash hook),” he said adding that a physical struggle took place when Mr Harty “made a run” at one of the gardai.

While the defendant admitted he had acted aggressively, he denied making threats against the gardai when questioned about what happened.

“He was dismissive of the incident,” said Det Sgt Reidy.

Barrister Eimear Carey said the situation was “lost” on her client and that he was irate as he thought the warrant would be executed differently.

She said the father-of-four, who had been drinking, now accepts what happened was very frightening and that he has since apologised.

”There is no excuse, he has shown genuine remorse,” she said asking the court to give Mr Harty “some light” in whatever sentence it imposes.

The defendant has also pleaded guilty to his role in a separate hijacking incident which happened at Gortboy, Newcastle West on February 2, 2018.

Judge O’Donnell adjourned both matters to December for sentence.