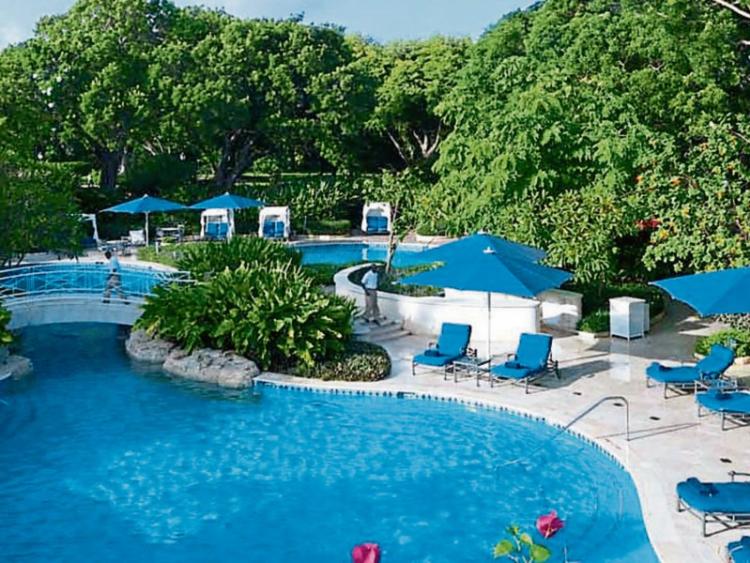 The Sandy Lane resort in Barbados beckons for the Munster champions

LIMERICK hurling sponsor JP McManus has thanked the senior hurlers for another stellar season by inviting them to Sandy Lane in Barbados, the Leader can exclusively reveal.

The players, management, and senior county board officials are to visit one of the most prestigious resorts in the world in October. The players were only told the good news on Monday evening.

Mr McManus wanted to reward all involved for winning the All-Ireland, this year’s National Hurling League and Munster Championship.

“It is well deserved,” said a Limerick GAA source.

“The team, panel and management team have put in an extraordinary 18 months and they deserve this holiday.”

The large group will be able to bring partners on the 10 day trip to the Mr McManus-owned Sandy Lane resort. A quick internet search shows that the cheapest night available in the hotel in October, in a room overlooking the tropical gardens, is $1,183.

One of those who will be on the plane to the Caribbean told the Leader: “It is an absolutely magnificent gesture from JP. I’ve been on the website, saw the photos and the place looks amazing. It is  a once in a lifetime trip.”

Hopefully, it won’t be a one-off as return trips in the future would imply more success for the Treaty men captained by Declan Hannon. It harks back to the story told by Tony McCoy when the Limerick hurlers were invited to Martinstown in 2014. It followed a loss in the 2014 All-Ireland semi-final, again by Kilkenny.

“He (JP) has invited you here because he wants to acknowledge the fact that you’ve done well and made progress. But believe you me, if you don’t do well next year, you won’t be back. But if you win an All-Ireland, then you will make him happier than any of us will ever make him,” said Mr McCoy.

And they did make him and tens of thousands very happy last August when they lifted the Liam MacCarthy Cup. The hurlers will have the opportunity to hone their golf skills on three courses –  The Old Nine and Tom Fazio's creations The Country Club and the world-renowned Green Monkey. For those wishing to recharge their batteries they can book into the 47,000 square foot luxury spa.

“I never experienced anything like it and I was there in ‘73,” said Mr Kennedy. Off the field he said the hurlers “have been a credit to Limerick”. Something Mr McManus obviously recognises with this generous gesture.

The Limerick Senior Hurling Championship won’t be affected as the final is due to be played on the weekend of October 5 and 6. The winners get a bye in the first round so won’t be in Munster action until November 10.