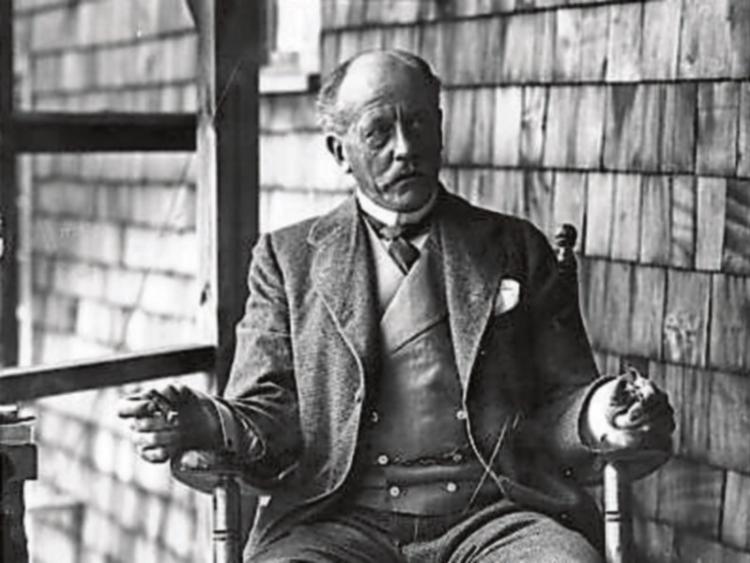 Percival Lowell is certainly one of the most famous American astronomers, mainly due to his studies of the planet Mars, and his firm belief that an advanced civilisation once existed there.

Born to a wealthy and influential Boston family in 1855, Lowell turned to the study of astronomy. The works of contemporary European astronomers, Flammarion and Schiaparelli convinced him to focus his career on the study of Mars. Schiaparelli had observed what he thought were ‘canali’ on the surface of the planet. The Italian word translates as ‘channel’ or ‘watercourse’, but does not specifically mean ‘canal’, an artificial watercourse.

A tantalising possibility that these are evidence of an advanced Martian civilization later took hold in the popular imagination. From his observatory in Arizona he produced several maps of its surface, detailing surface features that included a complex pattern of dark lines linked to circular nodes scattered across the planet’s surface. In three books he published between 1895 and 1908, he postulated that as the climate on Mars became dry the channels were built by an advanced civilisation to redistribute the water in the polar ice caps to inhabited parts of the planet. However, many were sceptical. We now know Mars is a very different place to what Lowell thought he saw in the wispy images in his eyepiece. It shows how a powerful imagination can obscure objective scientific observation and analysis, leading to a lot of wasted effort.

Some of Lowell’s best work was in determining the cause of the apparent anomalies in the motions of the outer planets Uranus and Neptune. Lowell spent his time trying to discover the cause until his death in 1916. He proposed the anomalies were due to a large undiscovered planet orbiting beyond Neptune. After searches for his elusive ‘Planet X’ he failed to identify it. In fact he had photographed it, twice, but didn’t recognise its significance. Fourteen years after his death, it was discovered by Clyde Tombaugh. Percival Lowell’s work was honoured by having his initials in the new planet’s name, Pluto.