Popular violinist to make her singing debut in West Limerick 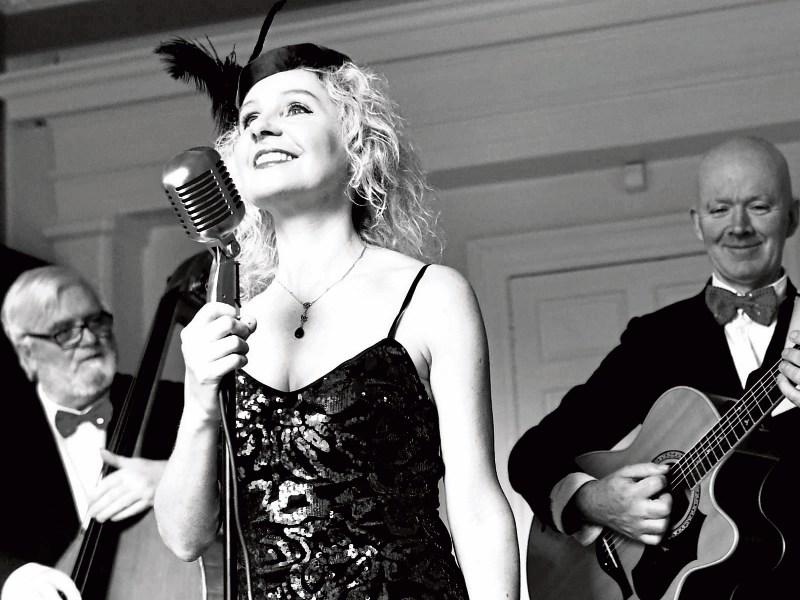 Violinist Anne Phelan is no stranger to Limerick audiences

VIOLINIST Anne Phelan is no stranger to Limerick audiences and over the years has won a strong following in her native West Limerick.

A violinist with the National Concert Orchestra, Anne has also graced concerts and recitals as a soloist for many years and is no mean traditional fiddle player either.

Now, Anne has embraced another musical genre, this time as a chanteuse. She will make her singing debut in West Limerick on August 15 when she will perform with Félann, the group she founded and which she describes as an union of voice, violin, guitar and bass.

For Anne, singing is a relatively new departure. Having begun her musical journey at the age of five,  learning violin and piano, it was only as an adult working with the National Concert Orchestra that she discovered her voice, a voice she never knew she had.

And it was the music of the 1920s, 1930s and 1940s, and a deep yearning to sing the songs of that era which sparked this new adventure in her musical life. “I began singing and a thrilling new world opened up to me,” she explains.

She discovered the beauty of French chanson inspired by the likes of Joséphine Baker, Lucienne Boyer and Léo Marjane. She explored gypsy swing, jazz and blues, loving in particular  Peggy Lee, Sarah Vaughan and Ella Fitzgerald and latterly Eva Cassidy.

And from this love-affair with the music and songs of the era, has come Félann.

“The music of Félann takes you on a journey, “ Anne explains. “It brings you from 1930s/40s wartime Paris, with its  vintage, melancholic French chanson and intimate cabaret feel, through to the spirited gypsy jazz and swing of 'Hot Club' Paris and the distinctive sounds of Stephane Grapelli and Django Reinhardt.”

“We also perform passionate interpretations of jazz, blues and swing classics through to the mid-20th century,” she adds.

On Thursday, August 15, Anne will perform at the Longcourt House Hotel, Newcastle West in an intimate, cabaret-style format. With her will be Eamonn Moran on guitar and Dave Fleming on bass.

Eamon is a highly experienced professional guitarist.who has played with some of Ireland's top acts and been a session musician on numerous CDs, film scores and several radio and TV broadcasts. He has performed in all the top venues in Ireland.

Eamon Fleming has worked with top names such as  Louis Stewart, Jim Doherty Jimmy Witherspoon, Van Morrison and Mose Allison. He has recorded with, among others, Spike Robinson, the Hugh Buckley Quartet, The Chieftains and the Irish Jazz Orchestra.

The Félann gig starts at 8pm on August 15. Tickets are limited, cost €12 and are available from the Longcourt House Hotel.