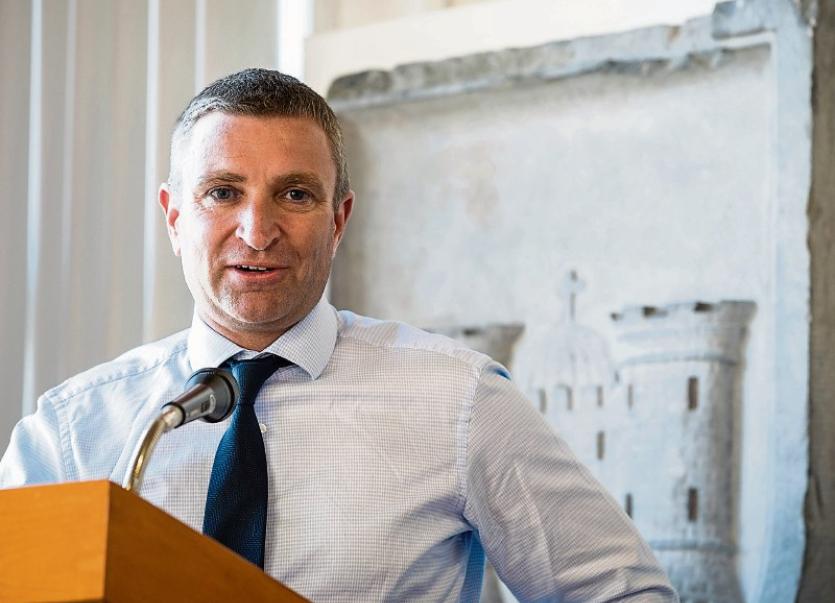 And he has called on him to stop trying to “hog the limelight”  by being photographed with sports stars, and instead, to do some real work and end the intolerable traffic gridlock in Adare,

Deputy Collins’ remarks come after the Limerick Leader revealed last week that the  deadline had been missed for submitting the planning application for the Adare by-pass and the new road to Foynes. Instead of lodging the plans with An Bord Pleanála by the end of June, the Leader was told, it would now be October.

Now, Deputy Collins says, the reason for the delay lies with Minister Ross.

“There was a briefing for Oireachtas members last week about Limerick projects, and  we are now told the latest delay is down to the fact there is a decision pending from the Minister as to whether or not the section from Rathkeale to Foynes can be a dual carriageway. That is sitting on the Minister’s desk waiting approval,” Deputy Collins said. “It is on his desk waiting for him to make a decision.”

“I am calling on the Minister to spend a bit of time at his desk in his office, doing some real work and making a decision,” he continued. “ He should spend less time attempting to hog the limelight looking for cheap photo opportunities with our sports stars.”

“We need a decision one way or the other. This is simply not good enough,” he declared.

“This is one of the biggest road projects in West Limerick for years. The traffic situation in Adare is becoming intolerable and we saw the mayhem when the truck capsized and the disruption it caused.”

All the previous timelines given for the project have been missed, Deputy Collins charged, and now has come a further delay.

“Minister Ross and the Fine Gael government are prevaricating while West Limerick commuters sit for hours every week in traffic,” he declared.

Deputy Collins, in a parliamentary question to Minister Ross,  asked what was the reason for the delay in the project.

In a written reply this Wednesday, the minister said he had referred the question to  Transport Infrastructure Ireland (TII) for a “more detailed and direct reply”.

The planning, design, and construction of individual national roads is a matter for TII, the minister said in his  reply.

“My Department has recently received the Business Case for the N21/N69 Limerick to Foynes Road Scheme and it is currently being reviewed and analysed by my Department's Strategic Research and Analysis Division (SRAD),”he said .

The Business Case will be reviewed in the context of compliance with the Department of Public Expenditure and Reform's Public Spending Code and within my own Department's Common Appraisal Framework.”