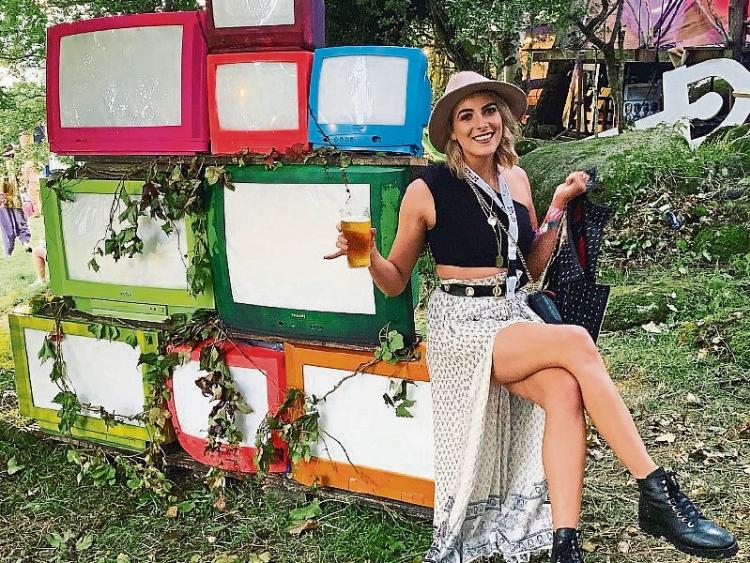 With options of weekend camping tickets, and day tickets the choice is yours when it comes to soaking up the festivities!

I decided to head up on Saturday and as expected it did not fail to impress!

The festival prides itself in promoting independent Irish music and musicians – allowing them to showcase their very best and most creative work in a festival environment!

Here are some of the artists I saw performing live on Saturday. Each amazingly gifted, eccentric and wonderful.

I urge you to check them out and don’t forget to support our very talented homegrown talent!

JB’s poetic flair for telling strange stories, poetic and mysterious, is topped off with unbelievable beats on Guitar and Foot Tambourine accompaniment.

Influenced by his upbringing in rural Ireland, JB is relatable and brilliant!

Bicurious are Gavin Purcell and Taran Plouzané; a loud, instrumental and experimental two-piece from Dublin, and Brest, France.

The lads have a steadfast fan base across the country!

Their energy and excitement on the stage is infectious!

Punk poet and urban author from Louth, Jinx Lennon has been on the scene for almost 20 years, he has released eight albums!

His rap-like vocal style sees him write and rap about political and social problems at home and abroad! His lyrics are evocative and sometimes outrageous but always capped off with humour and wit! A sight to behold live in concert!

They have been making music together for many years as part of The Animators collective, but since 2016 have focused solely on collaborative projects between themselves.

Their dedicated approach to innovating established genres such as grime, rave and Hip Hop have given them a unique sound that blends rave culture and Dublin life like no other.

Last Thursday I was delighted to be invited to the final selection of Miss Limerick and Miss Clare in Opium nightclub, Limerick!
MC’d by Clare lady Lauren Guilfoyle, the night was a mix of style and class!

The stunning and confident contestants modelled their beautiful dresses and shared insights into their lives and goals with us!
Four beautiful winners were crowned on the night.

The courageous and beautiful Katie Woods took the special title of Miss BeLimitless.ie. and finally 23 year old engineer Ciara O Halloran was crowned Miss Limerick 2019 and will go on to compete in the final of Miss Ireland in Dublin this September!

It’s taken over our lives for the last eight weeks! The ITV hit series Love Island is coming to an end this Monday and of course we want to mark it in style! Win tickets to Spin South West’s exclusive SPINALE all this week! More details on spinsouthwest.com

Out this Friday July 25, “Distance’ sees the elusive newcomer embark on his latest adventure; grounded in his indie-rock roots, his stadium-sized sound envelops you from the very first drum hit. His distinctive vocal timbre, combined with his honest song writing, Somebody’s Child is soon to rise to the very top of the pile.

Limerick Senior Hurlers take on Kilkenny in what’s sure to be an epic battle! It’s all or nothing now for our Treaty men! Will we be heading to Croke Park on August 19? Sunday’s clash will tell all!