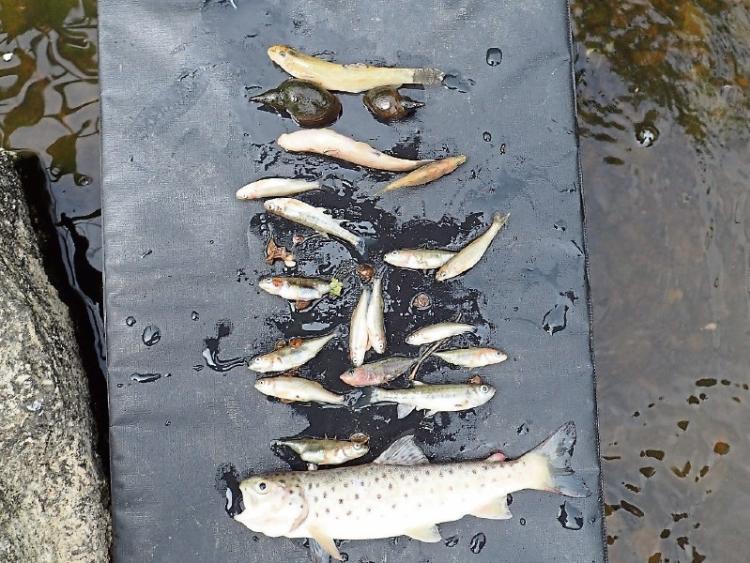 This June, eight cases of pollution resulting from silage effluent came to the Council's attention, one of which resulted in a serious fish kill

LIMERICK City and County Council has urged farmers and silage contractors to redouble their efforts to eliminate silage effluent spillages from crops amid “a particularly bad year for pollution so far”.

The call comes with second crop harvesting very much in full swing and a bumper crop anticipated due to strong growth over recent weeks.

Calling for extra vigilance, Aidan Leonard, agricultural scientist, Limerick City and County Council said that silage effluent is over 200 times more polluting that raw sewage and one of the most potent of agricultural pollutants. Its impact on waters can be devastating, he said.

“Every year, despite widespread awareness across the industry of the threat from silage effluent leakages, there are incidents of leakage which can cause immense damage to rivers and streams.

“2019 has been a particularly bad year in this regard. During June 2019, eight cases of pollution resulting from silage effluent came to the attention of the Limerick City and Council. One of these cases resulted in a serious fish kill, another caused serious pollution of a neighbouring well. Other cases gave rise to significant damage to the biology of the rivers and streams.”

Among the reasons identified for these spillages, Mr Leonard said, was wet-silage/over-filling of silage pit, effluent conduits damaged by machinery, inappropriate storage of baled silage and silage bases with cracks in them due to joints not being properly sealed.

Mr Leonard said that the public can help with identification of problems, not least by monitoring local streams and rivers. The presence of grey slime, called “sewage fungus”, in a waterbody indicates contamination from a range of organic pollutants, including silage effluent, he said.

Advising farmers on preventative action, he said:  “There are several important measures that farmers can take to minimise the risk of silage effluent leakage. Prior to silage making, they should carry out a thorough inspection to ensure that the base, walls and effluent channels are free from cracks or other defects.  Where cracks or other defects are found, they must repaired before silage is made. It is highly recommended that such works be supervised and certified by a suitably qualified engineer.

“All new silage facilities should comply with the Department of Agriculture Food and Marine specification S.128, which can be downloaded from the Department’s website. Grass should be wilted prior to ensiling, while pits should not be over filled and excess silage should, instead, be baled.

“Ensiled grass should not extend beyond the front channel of the pit.  The silage cover should extend over this channel to direct rain-water to clean water drain. Where pits are walled the front and rear channels must extend fully from one wall to the other, with no gaps for effluent to escape. If a pit has three walls a continuous drainage pipe must be placed across the back and along the sides.”

Mr Leonard also recommended a 70mm land drainage pipe be placed in channels and directed to the storage tank. When the silage pit is initially opened during the animal housing period, diversion channels should be directed to a storage facility to ensure that any accumulated “effluent flush” is directed away from clean water drains.

“The silage harvesting season is a particularly busy time of year for farmers. Nevertheless, it is essential to regularly check that there is no silage effluent escaping from the facilities. All drains and watercourses downstream of the farmyard should also be checked regularly to ensure they are free from contamination,” he said.

Mr Leonard added that if silage is suspected to be escaping, it is important to act immediately. Contact the council to advise of the issue, ensure the effluent pathway is broken to prevent effluent flow to waters; where there is evidence of effluent flowing to a drain, farmers should dam the drain and pump effluent from the drain to a storage tank.