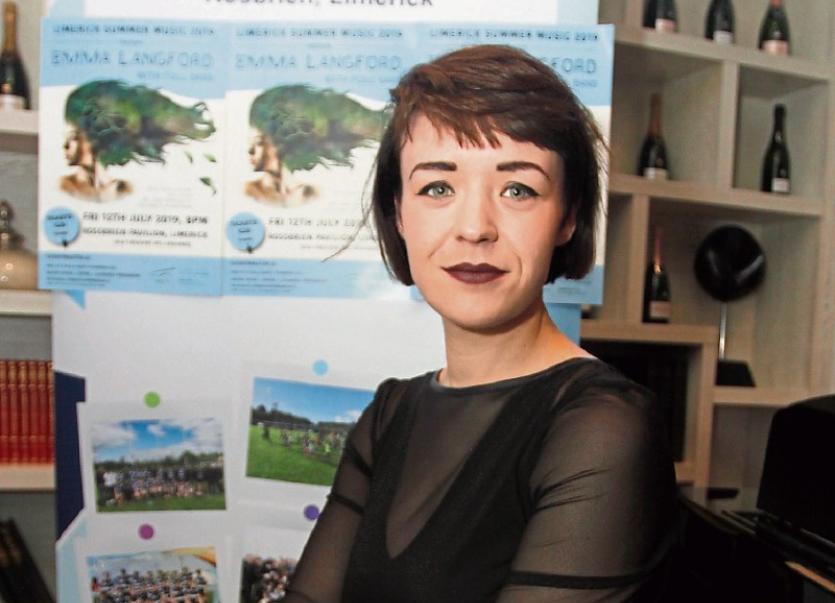 THIS weekend will mark the celebration of one of the region's rising artists, as Caherdavin singer songwriter Emma Langford brings her acclaimed work to the stage at the annual Limerick Summer Music festival.

With her debut album tour coming to a close, and the release of her sophomore LP imminent, the 29-year-old has already established herself as somewhat of an ambassadorial figurehead in the Irish folk scene.

The past week has proven to be a huge milestone for the artist, having released a reimagined version of the familiar Goodbye Hawaii single, which forms part of upcoming full-length album, Casting Light (a working title).

Already receiving national acclaim from critics, the satirically bubbly 1950s-esque tune, laden with quirky, poetic lyrics, is a song that she has been sitting on for seven years—years before she had seriously entered the music scene.

But it wasn’t until February 2016 when Emma’s work hit local and national headlines, with her single Tug of War, which explored dealing with the weight of anxiety and self-doubt.

And since working off that recognition, Emma has been launched into the stratosphere, expanding her geographic fan base as well as her personal development.

Last year, she earned RTE Radio 1 Folk Award in the Best Emerging Artist category, and was declared Limerick Business Woman of the Year in the arts sector.

She was also nominated Limerick Person of the Month in January 2018 for her contribution to Limerick's music scene.

And while she has earned the few accolades, Emma has also developed as an artist; from shying away from the limelight, to enjoying the stage spotlight.

“I didn’t want to be the subject of attention, despite being a middle child, desperately craving approval and attention at all times!”

“I love how it can change a song when you’re on stage with other people,” she says.

And while her debut LP Quiet Giant has been the glorious launch pad—or cannon—for Emma it was not on her itinerary until she went on her first German tour in autumn 2017.

“I had no intention of producing an album at that time,” she said, as the then-Masters student was hoping to promote her 2016 EP during the Irish Folk Festival circuit.

“I have very much fallen into this career, head first, blindfold on, with my hands tied behind my back. But it has worked out pretty good.”

And before the reality of the second album comes to life, Emma will fly across the Atlantic for her first ever show in the United States, to perform at the prestigious Milwaukee Irish Fest.

She reckons it could be the largest crowd she will perform in front of, to date. She said winning the RTE Folk Award was a contributing nudge to get the next album over the line.

The album, expected to be rich and musically experimental, puts a spotlight on a number of issues, including insomnia, sleep paralysis and domestic abuse. “The songs that are going on the next album are focused on spotlighting issues and spotlight other people’s stories, and I wanted to do it in a vibrant, positive way. There’s some dark stories in there, they’re not all happy stories. But I wanted the album to let people walk away on a positive, hopeful note.

“I hope it challenges people. I hope it sends people away thinking and talking about stuff.”

Emma performs at Limerick Summer Music this Friday at 8pm.