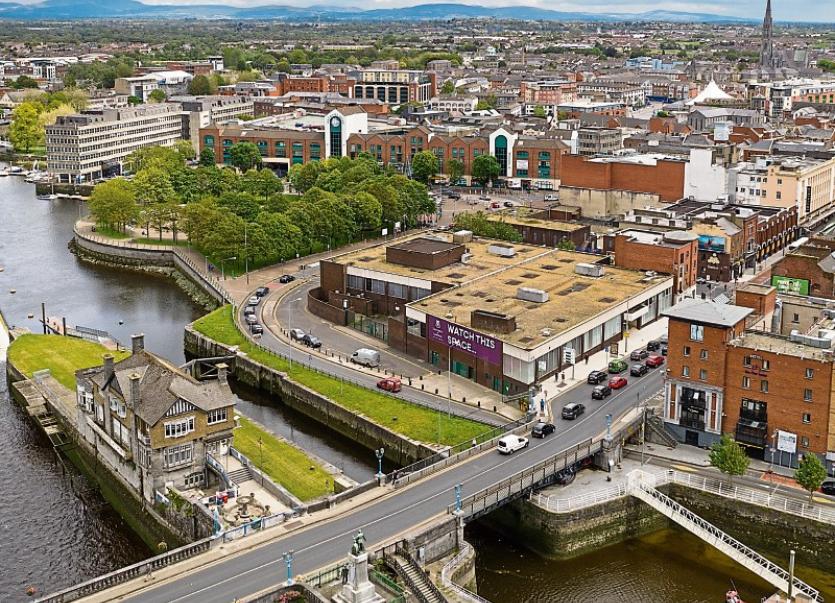 It is understood the new site in Limerick city centre, which could be completed by 2022, is estimated to cost in the region of €46m

THE UNIVERSITY of Limerick has announced that it is now acting on more than €66m worth of major projects, namely their ambitious city centre masterplan and a new student centre which is now under construction.

Following the widely-discussed €8m purchase of the old Dunnes Stores site at Honan’s Quay and Sarsfield Street, UL has announced that it is in the “final stages” of its capital development masterplan, which will include the new city centre site.

It is understood that the new site, which could be completed by 2022, is estimated to cost in the region of €46m.

Meanwhile, construction work on a €20m on-campus student centre has finally commenced, a project which has been led by a rigorous student campaign for 12 years.

Speaking on the city centre project, a spokesperson for UL said the campus masterplan will be launched early in the new academic year.

“The plan is to maximise the former Dunnes Stores site at Sarsfield Bridge and to transform it into the UL City Centre Campus. The ambition is that its scale and size will be as high as UL can afford and mirror the commitment to architecture and public space usage that abounds on the existing Castletroy campus.”

Leading economics lecturer at UL, Dr Stephen Kinsella said he has been banging the drum for UL to “really engage with the city” since 2011.

“The university is the largest economic sector in the region. And by definition, moving hundreds and thousands of students into the city centre on a daily basis is going to be a good thing.”

“This thing should be as high as the university can possibly afford—even a little bit higher. And the reason why I am saying that is we need to think about it in a timescale of 50 to 100 years. We’ll pay off the loan to build the building in, maybe, 10 years. But the building itself will have to stay there for 100 [years], so it’s important that we go high up as we possibly can.

He said while the acreage is a lot in the city, the possibility of building a 10-storey site in 10 years’ time “doesn’t really exist”.

Dr Kinsella added: “I would love for the new UL building to be open; that everybody feels like it’s theirs. You don’t need to be a special type of person; you just need to be someone who is in Limerick. Imagine if you could walk into the plaza, where there is a supervised medical student can look after you, or you can get free legal advice, or there is a Fab Lab. In the same that Trinity [College] is, anybody can just walk through Trinity. It’s the same idea.”

And as UL are preparing for this major development, the sod has been finally turned on the student centre, and 80% of the €20m is being funded by the students, an agreement that came about following a referendum in 2016.

UL said that the centre, which will be completed by November 2020, will greatly enhance the campus for future generations. UL president Dr Des Fitzgerald said it is “a wonderful example of how the student population can work with the university to create positive change”.

UL is also starting construction on Ireland’s tallest climbing wall at UL Arena. Due to start next month, it will be delivered by May 2020, and will cater for the new Olympic sport of speed climbing.