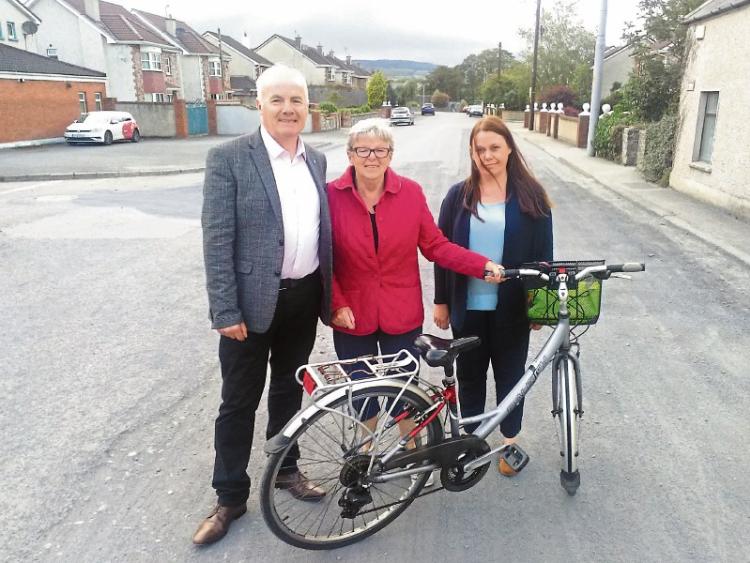 LIMERICK City and County Council say they are “greatly concerned” about the condition of the road at the entrance to Meadow Brooke at the Mill Road, Corbally.

Concerns have been raised by councillors John Costelloe and Sharon Benson that a large part of the road is not properly surfaced and is several inches below the rest of the road for about fifty meters, giving rise to a dangerous lip.

The Sinn Fein councillors are concerned that as well as damaging cars that this uneven surface and lip also presents a serious safety issue for cyclists.

Cllr Costelloe said: “We have been approached by numerous residents in recent weeks who are demanding that this be sorted out. Cyclists in particular are at risk from this uneven surface and the thick plumes of dust which are coming from it with every gust of wind.”

Cllr Sharon Benson said:“The council need to sort this out before people will need four wheel drives to traverse this road.”

“We are greatly concerned about the issue and Engineering staff from our Licencing team are actively engaging with the developer. They have been advised of our concerns regarding the condition of the road and the unacceptable delay in rectifying the road condition. Correspondence has issued to the developer to this effect and the consequences of a failure to address the road as matter of urgency has been advised to the contractor.”