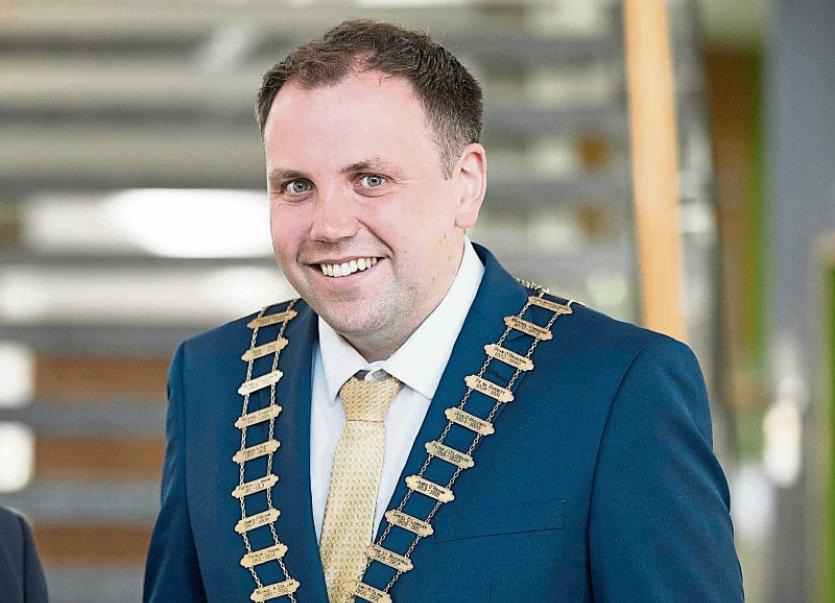 The Meelick native was unanimously elected to the top position during Friday’s annual general meeting of Clare County Council in Ennis, succeeding Independent Mike Begley into the role.

Addressing elected members, council staff and family members and friends, Mayor Crowe said: “For me, there is simply no greater honour than to serve Co Clare and its people. I am so proud to be elected Mayor of Clare and am very much looking forward to leading the Council over the next 12 months.”

He pointed out that he is the second man from Meelick to lead the council, following in the footsteps of Cllr Michael Brennan, who was mayor during the War of Independence.

“I am very ambitious for Clare and intend to work extremely hard, alongside the 27 other Councillors, to deliver for the county,” he added.

A national school teacher by profession, Mayor Crowe topped the poll in the Shannon electoral area of Clare County Council with a staggering 2,575 first preference votes.​

This area includes Westbury, Shannon Banks, Bunratty village, and Shannon Town, as well as a number of other satellite villages of Limerick including Clonlara and Parteen.

He was joined in the council chamber by wife Maeve – whom he describes as “the glue of our family” – and their three children, Sam, 4, Charlie, 2, and baby Eve.

As well as this, the Mundu family, who Cllr Crowe has known for over ten years, were present.

He met Anna, then eight, while he was teaching in Meelick National School.

She was a refugee from the war-ravaged Democratic Republic of the Congo and living in the Knockalisheen Direct Provision Centre.

Now aged 21, Cllr Crowe has supported Anna and her family, in particular during a period of time when they were facing deportation.

“In my mayoral term I very much want to see our council as a championing body for the underdog and those who feel in someway marginalised,” Mayor Crowe, who is also a general election candidate, concluded.