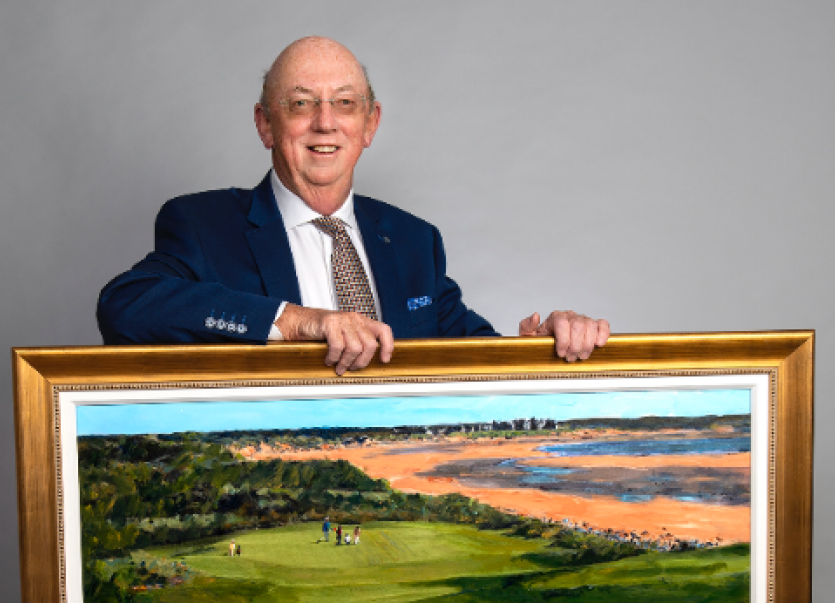 A FORMER St Munchin's College student in Limerick has presented a painting of the new 14th hole in Doonbeg to US president Donald Trump during his visit to Clare this week.

Michael Hanrahan has been painting professionally for many years and his work hangs in the White House in Washington, Buckingham Palace in London, The Kennedy Library in Boston and Aras an Uachtaran in Dublin.

And this painting in Doonbeg is set to join his water colour of President Barack Obama’s ‘Is féidir linn’ speech in College Green, in the White House.

"I am delighted that my painting of the new 14th hole at Trump International will be making its way to the White House in Washington.

"It was commissioned after the original 14th hole was washed away in the great storm some years ago. This is my second painting in the White House."

Impressively he also has three paintings in the Royal Collection at Buckingham Palace, and was honoured to be the first artist to be asked to depict the atmosphere and scenes at All-Ireland hurling final.

He was invited by the GAA to capture on canvas an All Ireland hurling final in 2010 when Lar Corbett scored three goals preventing Kilkenny's five in a row.