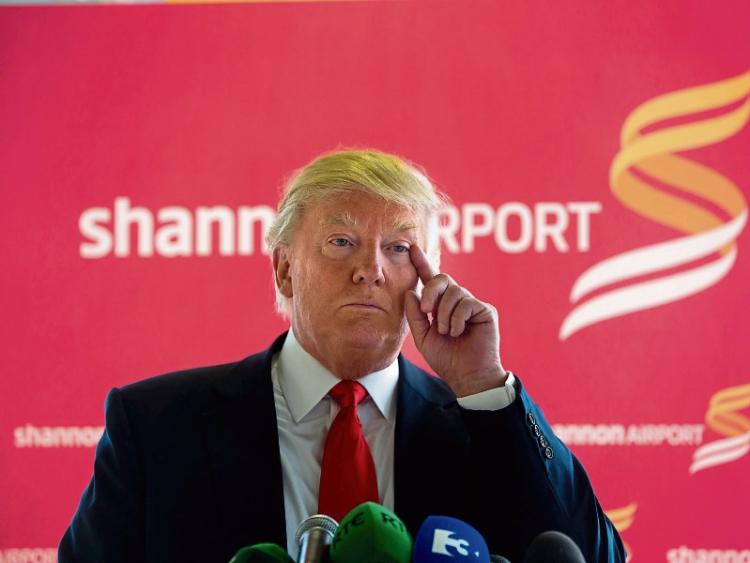 SHANNON GROUP has said that Donald Trump’s visit will create an opportunity to showcase “the attractiveness” of the Wild Atlantic Way and the US companies located in the region.

The White House confirmed that the US president will touch down at Shannon Airport on June 5 as part of his official visits to France and the United Kingdom.

As part of his visit to Ireland, Mr Trump will hold bilateral talks with Taoiseach Leo Varadkar.

A spokesperson for the group said that Shannon had a special relationship with the US, with every president having been welcomed at Shannon Airport since John F Kennedy became the first serving president to visit Ireland in 1963.

Commenting on the announcement that US President Donal Trump will fly into Shannon Airport and meet with Taoiseach Leo Varadkar on June 5th there, a spokesperson for Shannon Group, which operates Shannon Airport, said:

“This visit will put Ireland at the centre of world media attention and, as a result, it will create an opportunity to showcase the attractiveness of the West of Ireland, the Wild Atlantic Way and the strong US FDI located at Shannon.

“This visit, and the fact that our Taoiseach will meet with President Trump at Shannon, reflects again Shannon Airport’s place in Irish-US relations.  We’ve had that since Shannon became the first European gateway airport all those years ago and today have it through direct services to the US that support the huge tourism industry and the US multi-national presence in this region.

The spokesperson said the West of Ireland region has deep links with the US.

“So many people emigrated from here and went on to play an important role, at all levels, in the development of the US. There is a huge US multi-national footprint here and Shannon Free Zone, which Shannon Group operates, has the single largest concentration of US multinational investment outside the capital. In addition, Shannon Airport is the premier gateway to the Wild Atlantic Way and this has become one of the global tourism phenomena of the last decade.”