Mixed views and uncertainty around directly-elected mayor for Limerick 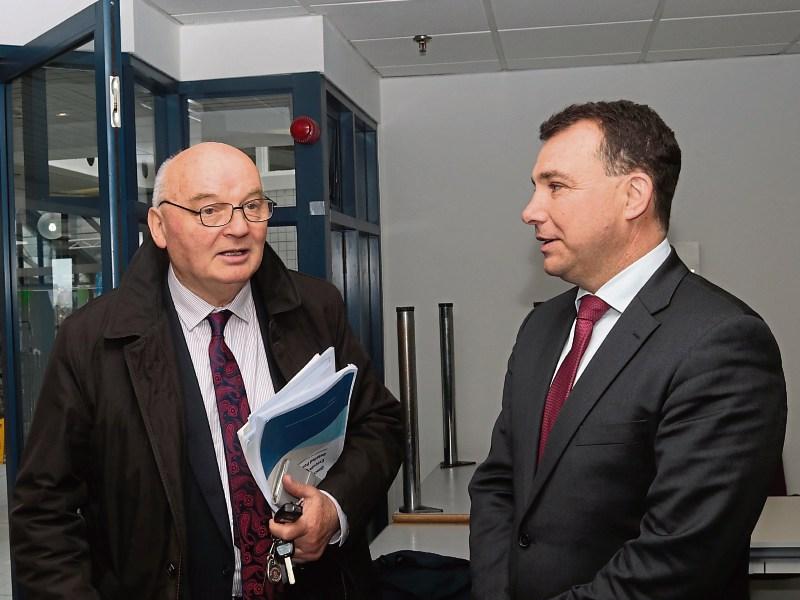 THERE has been mixed views and uncertainty surrounding the debate for a directly-elected Mayor of Limerick.

Those in favour of the Government proposal say the directly-elected Mayor will have real power and influence representing the needs of the people of Limerick.

However, those against the proposal say the current system works well and that the annual cost (up to €450,000) of having a directly-elected Mayor would be a waste of taxpayers’ money.

According to the independent committee which is overseeing the plebiscite, the directly-elected Mayor would be responsible for a significant amount of the executive functions which are currently the responsibility of the chief executive (Conn Murray in the case of Limerick).

He or she will be required to prepare and oversee delivery of a programme of office, a corporate plan and annual service delivery plan.

It is also proposed that they will act on behalf of the Council in legal actions, chair the joint policing committee and represent the local authority area locally, nationally and internationally.

It is proposed the chief executive would be responsible for practical delivery of the Council’s policy plans and managing staff and other resources on a day-to-day basis.

Senator Maria Byrne, Fine Gael’s director of elections for the plebiscite in Limerick, says having a directly-elected mayor, with a strong public mandate, could be a game-changer for Limerick.

“This is a once in a lifetime opportunity and should not be scoffed at. Cork and Waterford are being offered the same proposal and we cannot afford to fall behind the two other Munster regions when the vote is put to us. If we reject the proposal and Cork passes it, it will be an opportunity lost to our neighbouring city who will be strongly positioned to become more powerful and leave Limerick in the slow lane,” she said in a letter published this week (see page 14).

However, the majority of sitting councillors have expressed their opposition to the proposal.

Cllr Kevin Sheahan, who served as Mayor of Limerick city and county in 2014 / 15 says he will be voting no on May 24.

He says the proposal has not been properly explained by Government and that he does not believe there is any demand for such an office to be created.

At the final meeting of the Adare-Rathkeale Municipal District before the local elections he questioned how the directly-elected mayor and the chief executive would work together. “It will be like two goats pulling against each other. It will not work, it’s a scandalous proposal,” he said.

Businessman Michael Tiernan (see letters page) says he concerned the plebiscite is being “foisted” on people on the same day as three other votes.

“The majority of the executive functions currently the responsibility of the chief executive would transfer to the directly-elected mayor resulting, in my opinion, of a downgrading of the operation of local government when in reality the strengthening of same is what is required,” he said.

Vox Pops conducted by the Limerick Leader this week suggest there is some uncertainty and confusion among members of the public in regard to the proposals.