SINCE October, a wide variety of local artists and designers have shown their work through an independent exhibition project for local creatives, self-funded by two graduates of the Limerick School of Art and Design (LSAD).

In the last ten months, Peak Show, co-founded and co-curated by Ellen Egan and Sara Dowling, has worked to create opportunities for emerging artists and creatives locally.

“We like to think of Peak Show as a unique platform and as an easy way of people exhibiting their work because it’s run through open calls,” Sara explained.

“It is about using local spaces, and it’s also at a low cost to artists because it is an independent non-profit.”

Ellen added: “It’s open to everybody to apply, you just have to have some connection with Limerick.”

The project started off from a “very authentic perspective”, Sara explains. 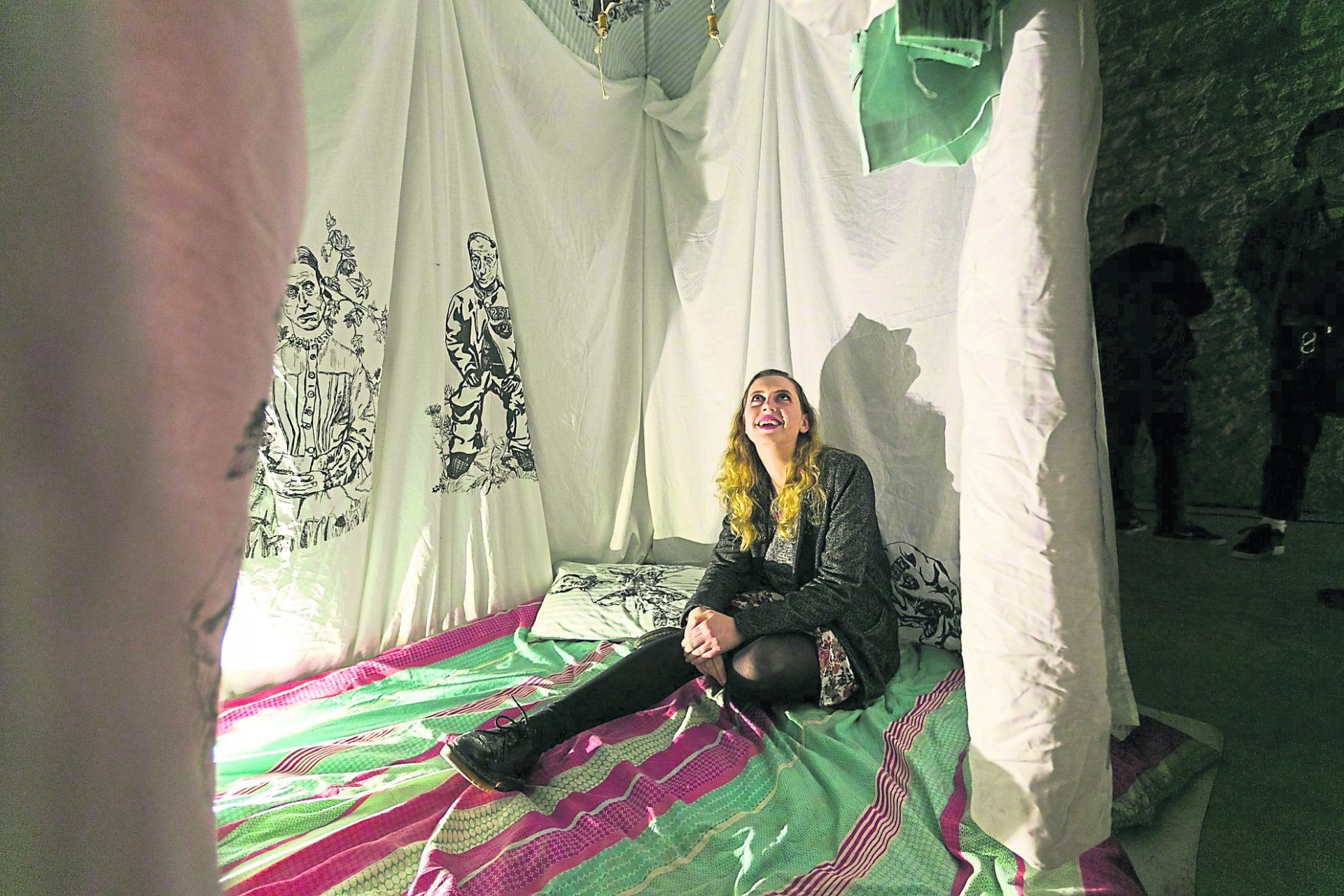 ABOVE: Artist Sorcha Lynch with her work at the Sailors Home, from Peak Show Picture: Oisin McHugh

“We had certain opportunities in college that we don’t feel that students at the minute have in the same way,” she said.

“The artists that we worked with initially were students but because the project has taken off, we’ve taken on board local practitioners.”

Peak Show does have a specific focus on those who have studied or graduated from an art college, she added.

“But in terms of local accessibility, the exhibitions are open to everyone to attend and they are free in and held in local venues.”

“People who don’t come from an art background have said to us that they feel a lot more comfortable coming into these spaces because they are just local spaces that we have turned into our own thing,” Ellen explained.

The exhibitions tend to show “contemporary” art, Sara added. “But because we are always there, we can communicate the work and it's very personal.”

In terms of the art work exhibited, each show tends to include a “big mix”, according to Ellen.

“There are artists, designers, most are local or they are alumni from the art college, or they have some sort of connection with Limerick city. But their work is on a grand scale.”

“Peak Show is making art accessible, especially when you are starting off,” she added.

“When you are coming out of the beautiful bubble that is college, you have a lot to learn,” she laughed.

“This project is bringing it down to a level where we are trying to give creatives feedback and understanding through things we’ve learnt ourselves through different projects over the years. We are trying to pass on that knowledge to people, to make it easier to make that step instead of being so daunting.”

“It can be a lot of rejection, and you don’t know why so you just think you are a bad artist.”

“There can be a lot of distance as well,” Sara added.

Since the project began in October, they believe it has lead to an increase in collaboration across the Limerick creative scene.

Ellen said: “So far we have held two public talks, we’ve had three live performances, one of which is upcoming, we have a social-engagement project coming up, we’ve had the Durty Words publication on sale, we have had the Echtrae project. Its crossing the boundaries and exchanging knowledge.”

“Our attendance figures are huge as well,” Sara added.

“Which we think shows that this project is working, that people are interested. It shows that there is a niche of interest there, and that is being very well received in general.”

The project has been entirely self-funded, Ellen added.

“Working independently, doing everything off our own backs. We have a fundraiser coming up this Thursday (April 25) a table quiz in Pharmacia at 7pm.”

Sara said: “Without the support of local businesses, we wouldn’t have been able to continue as we have or develop a community the way that we have.”

Peak Show will also feature at Riverfest this year and they have asked those taking part to consider the themes of water and the “ebbs and flows of the River Shannon” to influence their work.

The project is also ran a callout for curatorial and exhibition assistants.

“We will be using the FabLab space (on Rutland Street),” Sara said.

“We are working with 14 artists in that space, opening on Thursday May 2 at 7pm. We will also run through the weekend up until Sunday.”